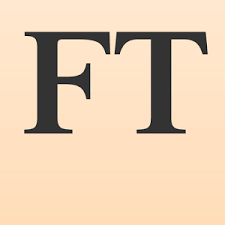 How credible is the news from Financial Times?
High
by Ad Fontes Media and Media Bias/Fact Check
Learn more about Factuality Ratings.

63% Center coverage: 110 sources
President Biden on Friday signed a bill that will avert a rail strike, just days before the deadline for an agreement to have been reached and amid fears that such a halt in railroad operations would cripple the U.S. economy.See the Story
Cyril Ramaphosa · Cape Town

52% Center coverage: 54 sources
The political future of President Cyril Ramaphosa hung in the balance on Friday, as South Africans wondered whether he would cling to power or resign over accusations that he sought to cover up a burglary at his farm.See the Story
Middle East · Jerusalem

57% Right coverage: 14 sources
The European Commission proposed a plan on Wednesday to compensate Ukraine for damage from Russia's invasion with proceeds from investing Russian funds frozen under sanctions.See the Story
Business · Tokyo

100% Center coverage: 1 sources
Nations have been slow to sign contracts companies need to boost supply to KyivSee the Story
Business

100% Center coverage: 2 sources
The dollar tumbled to a three-month low versus the yen as traders focused on comments by Federal Reserve Chair Jerome Powell. The greenback last stood down 0.98% at 136.755 yen, having plunged as much as 1.2% earlier to 136.50. The dollar-yen pair is extremely sensitive to changes in long-term US yields.See the Story
Business · San Francisco

60% Center coverage: 132 sources
An experimental Alzheimer's disease drug from Eisai (4523.T) and Biogen (BIIB.O) slowed cognitive decline in a closely-watched trial but may carry a risk of dangerous side effects for certain patients, according to new data presented on Tuesday. See the Story

Investors launch new initiative to target the ‘S’ in ESG

100% Center coverage: 1 sources
This article is an on-site version of our Moral Money newsletter. Sign up here to get the newsletter sent straight to your inbox.Visit our Moral Money hub for all the… This News Investors launch new initiative to target the ‘S’ in ESG appeared first on STL.News.See the Story

Topics Most Covered by Financial Times