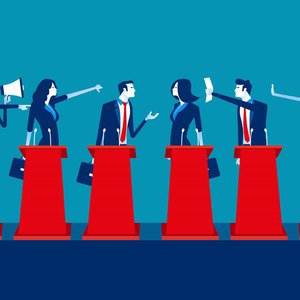 41% Center coverage: 209 sources
Twenty-five people have been arrested in raids across Germany on suspicion of plotting to overthrow the government. German reports say the group of far-right and ex-military figures planned to storm the parliament building, the Reichstag, and seize power.See the Story
Asia · Beijing

52% Center coverage: 134 sources
China on Wednesday announced a broad loosening of Covid restrictions, saying some positive cases can now quarantine at home and scaling down mandatory PCR testing requirements. Rule change comes just a week after civil protests against pandemic controls. It's the strongest sign yet that China is moving away from its zero-Covid policy.See the Story
Antisemitism · Washington

Emhoff: 'Epidemic of hate' exists in US, mustn't become norm

56% Center coverage: 39 sources
Doug Emhoff, the husband of Vice President Kamala Harris, said Wednesday that he is “in pain right now” over rising antisemitism in the United States but will keep speaking out against it and other forms of bigotry and hate for “as long as I have this microphone.”See the Story

Left50%
Center50%
Right0%
Blindspot
Get the weekly Blindspot report sent to your inbox and stay up to date with your bias blindspot.

56% Left coverage: 9 sources
A spokesperson for the Conservative chief whip, Simon Hart, said the complaint was made to the force on Wednesday evening and he removed the whip "with immediate effect". See the Story
Twitter · Arizona

50% Right coverage: 8 sources
A night of entertainment at a local venue on San Antonio’s West Side was canceled Saturday for safety reasons, among several drag shows nationwide threatened by so-called anti-LGBTQ+ extremists this week.See the Story
Crime · Moscow

60% Right coverage: 5 sources
Over three weeks after a murder left four Idaho university students dead, police plan to return the victims' belongings to their grieving families. The four students, all 20 or 21, were found stabbed to death in the town of Moscow on 13 November, baffling the tight-knit community and police alike.See the Story
US & Canada · Washington

Biden to appear at vigil for victims of gun violence

43% Center coverage: 14 sources
President Joe Biden will appear on Wednesday at a national vigil for victims of gun violence as he turns up the heat on Congress to go along with his wish for a ban on assault weapons.See the Story

Breitbart
Right
Suggest a source
Looking for a source we don't already have? Suggest one here.

How is the media covering Politics?