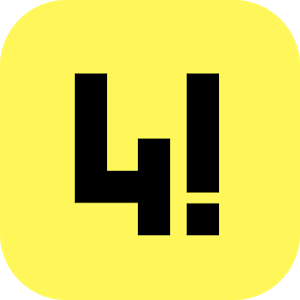 How credible is the news from 444.hu?
Unknown
by Ad Fontes Media and Media Bias/Fact Check
Learn more about Factuality Ratings.

János Latorcai, leading the meeting, threatened the activists with an outlet.See the Story
Europe · Hungary

Faces from parliament on the day to hunt gasoline and students strike, in turn became our energy minister

Can the petrol cap last longer than this head salad?

100% Center coverage: 3 sources
Russian Foreign Minister Sergei Lavrov is in good health after two health checks at a hospital in Bali, an Indonesian health ministry official said Monday. Russia called reports Lavrov had been hospitalised "the highest level of fake" and Moscow's foreign ministry spokeswoman posted a video of the 72-year-old diplomat in a T-shirt and shorts.See the Story
Voting · Washington

41% Left coverage: 46 sources
Democrats kept control of the Senate on Saturday, repelling Republican efforts to retake the chamber and making it harder for them to thwart President Joe Biden’s agenda. The fate of the House was still uncertain as the GOP struggled to pull together a slim majority there.See the Story
US & Canada · Washington

Officials: Saudis tell US that Iran may attack the kingdom

45% Center coverage: 70 sources
Saudi Arabia has shared intelligence with U.S. officials that suggests Iran could be preparing for an imminent attack on the kingdom, three officials said Tuesday. The officials were not authorized to comment publicly and spoke on condition of anonymity. The heightened concerns about a potential attack on Saudi Arabia come as the Biden administration is criticizing Tehran for its crackdown on protests.See the Story
Lula Da Silva · Mexico City

62% Left coverage: 13 sources
The polls suggested President Jair Bolsonaro was more than 14 points off his left-wing rival. The consensus now is that the fight must continue for another round at the end of the month. More than 115 million people voted in this first round, and crucially important for both candidates ahead of the second round.See the Story

60% Center coverage: 5 sources
Yevgeniy Prigozhin can be seen addressing a large group of detainees. Told prisoners their sentences would be commuted in exchange for service with his group. He warned potential recruits against desertion and said "we will execute you" It is unclear who filmed the video, when it occurred or how it was released. But the BBC has geolocated the footage to a penal colony.See the Story
Offbeat · Inner Mongolia

50% Right coverage: 26 sources
Dozens of sheep have been eerily walking around in a circle for 12 days straight in northern China’s Inner Mongolia region. The bizarre behavior, captured on surveillance video, shows the large flock continuously marching clockwise in a nearly perfect circle on a farm.See the Story

100% Center coverage: 2 sources
Wayne A. Smother was sentenced to seven years in prison followed by five years of post-release supervision. On May 7, 2020, Smother shot a male victim in his 30s in the leg on Genesee Street. On Jan. 17, 2021, officers on routine patrol observed Smother make an illegal U-turn on William Street.See the Story
Europe · Moscow

43% Center coverage: 250 sources
Russian President Vladimir Putin on Wednesday announced a partial military mobilization in Russia, putting the country’s people and economy on a wartime footing as Moscow’s invasion of Ukraine continues. He said he was defending Russian territories and that the West wanted to destroy the country. Only those citizens currently in the reserve will be subject to a call-up for military service, he said. Russia's military reserves were estimated last year to include about 2 million men.See the Story

Topics Most Covered by 444.hu