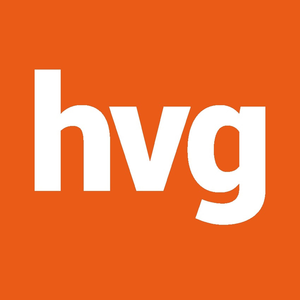 How credible is the news from Heti Világgazdaság?
Unknown
by Ad Fontes Media and Media Bias/Fact Check
Learn more about Factuality Ratings.

According to the newspaper, the conflict between the Mayor of Fidesz and Szilárd Németh can be the background.See the Story
Europe · Hungary

On his Facebook shows the fired teachers of Karinthy High School

Among the six teachers dismissed was also one who was the only one to teach a subject at school.See the Story
Europe · United States

The new Hungarian satellite is ready, Elon Musk's rocket takes it into space

Engineers from the Budapest University of Technology and Economics presented the MRC-100 miniature satellite, which will be launched from the United States into orbit around the Earth.See the Story

49% Center coverage: 314 sources
Robbie Coltrane played the lovable gamekeeper Hagrid in the Harry Potter films. The Scottish-born actor's other credits included the British series "Cracker" and James Bond films "GoldenEye" and "The World Is Not Enough" No details on the cause of death were immediately provided.See the Story
Europe · Moscow

45% Center coverage: 121 sources
Russian President Vladimir Putin has declared the ‘independence’ of the Ukrainian regions of Zaporizhia and Kherson as Russia prepares to formally proclaim the annexation of Ukrainian territory in a major escalation of its seven-month invasion. See the Story
Europe · Brussels

European Parliament says Hungary is no longer a 'full democracy'

44% Left coverage: 27 sources
Hungary can no longer be considered a democracy, the European Parliament declared in a report adopted on Thursday. The motion passed with 433 votes in favor, 123 against and 28 abstentions. It represents yet another symbolic reprimand from the EU institutions toward Hungary. But Parliament's move is unlikely to lead to any specific punishment.See the Story
Europe · Ukraine

Coverage: 2 sources
The United Nations General Assembly has voted in favor of holding Russia accountable for its crimes in Ukraine. The resolution was supported by 94 out of 193 members.See the Story
Europe · Battlefield

Coverage: 2 sources
Mikhail Vasilyev, 51, died from wounds sustained in a shrapnel explosion from a U.S.-supplied HIMARS missile launcher. He is at least the third member of the Russian Orthodox Church to have been killed since President Vladimir Putin ordered troops to invade Ukraine in February. The Church has vocally backed the Ukraine war.See the Story
Europe · Hungary

The head of state came to the Ukrainian capital via Poland by train.See the Story
Europe · Ukraine

Katalin Novák can travel to Ukraine to meet Zelensky

According to Index's information, the President of the Republic has already started.See the Story
Europe · Hungary

She was worried that her child was not developing properly, she is not a good mother. The psychiatrist diagnosed him with postpartum depression, he also prescribed medication. He has now been charged.See the Story

Topics Most Covered by Heti Világgazdaság

WION
Suggest a source
Looking for a source we don't already have? Suggest one here.