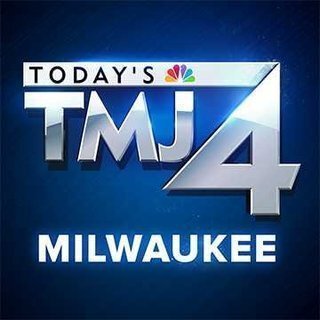 How credible is the news from TMJ4?
High
by Ad Fontes Media and Media Bias/Fact Check
Learn more about Factuality Ratings.

61% Center coverage: 141 sources
The United States takes on the Netherlands in the round of 16 on Saturday, Dec. 3. The match begins at 10 a.m. Eastern. If the U.S. beats the Dutch team, they would reach the quarterfinals for the first time since 2002. The team would face the winner of the match between Argentina and Australia.See the Story
Magic Johnson · Milwaukee

70% Center coverage: 10 sources
The Waukesha community came together Sunday to view the city's 59th annual Christmas Parade. Five people were killed in the attack, and dozens more were injured. Darrell Brooks was found guilty in October of 76 charges, which included six counts of first-degree intentional homicide.See the Story

100% Center coverage: 1 sources
Police say the robbery happened near Oakland and Hartford around 10 p.m. Following the robbery, the suspects led officers on a chase that ended near 27th and Garfield. Items from the robbery and three guns were recovered, according to police. Charges are pending review by the Milwaukee County District Attorney's Office.See the Story
Illinois · Illinois

One killed, one injured in crash near 13th and Oklahoma

100% Center coverage: 1 sources
The crash happened around 12:32 a.m. Tuesday. Police say a 19-year-old Illinois man was driving a 2007 Chevy Suburban west on Oklahoma at a high rate of speed. The suburban crashed into a 2016 Nissan Altima with three occupants inside which had been heading north on 13th Street.See the Story
US & Canada

100% Center coverage: 3 sources
Estrella Mountain Community College (EMCC) has opened registration for the spring 2023 semester. The spring semester kicks off with traditional 16-week classes as well as the first session of eight-week flex-start courses on Saturday, Jan. 14. Students must meet in-state residency requirements before becoming eligible for $85 per credit.See the Story
Milwaukee · Milwaukee

100% Center coverage: 2 sources
The medical examiner identified the victim as 36-year-old Nyeshia Liggins. Security video shows Liggins entering the gas station with a man just before 10 a.m. on Sunday. After paying at the register, the two are seen leaving the store and getting into the back of a van parked at one of the pumps.See the Story
Milwaukee · Milwaukee

15-year-old boy shot and injured near 26th and Orchard

100% Center coverage: 1 sources
A 15-year-old boy was shot and injured in Milwaukee on Monday. The shooting happened near 26th and Orchard around 4 p.m. The boy arrived at a local hospital with non-fatal injuries. Police are investigating the circumstances leading up to the shooting.See the Story
US & Canada · Wisconsin

100% Center coverage: 1 sources
Sunday's win over the Chicago Bears was the Packers' 787th win - the most wins of any NFL franchise in history. The Bears held the record forever. Wayne Larrivee, the voice of the Green Bay Packers, called the 28-19 win against the Bears. This is the 24th season in the Packers broadcast booth.See the Story
Milwaukee County · Milwaukee County

100% Center coverage: 2 sources
Timothy Olson, 52, is accused of kidnapping a 79-year-old woman in Franklin. The victim says Olson met up with someone she suspected was a drug dealer, and she was forced to drink whiskey. Olson faces several felony charges and if convicted, Olson could spend more than 70 years behind bars.See the Story

Topics Most Covered by TMJ4