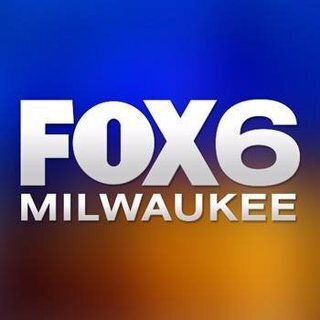 How credible is the news from Fox 6 Now?
Unknown
by Ad Fontes Media and Media Bias/Fact Check
Learn more about Factuality Ratings.

64% Center coverage: 25 sources
Mississippi Department of Human Services dropped its demand of $1.1 million against Favre. But it made a new demand of up to $5 million against him and a university sports foundation. It says money from an anti-poverty program was improperly used to pay for a volleyball arena. The volleyball facility was a pet project of Favre, and he pledged to lead fundraising efforts.See the Story
Parade · Waukesha

A year after tragedy, the Dancing Grannies 'celebrate life' in return to the Waukesha Christmas parade

60% Center coverage: 10 sources
Betty Streng does not remember much of last year’s Waukesha Christmas parade — or, as she calls it, a “half-a-parade.”See the Story
US & Canada · Orlando

Left57%
Center43%
Right0%
Blindspot
Get the weekly Blindspot report sent to your inbox and stay up to date with your bias blindspot.

Greenfield police chase ends in West Allis with the arrest of two men. Officers responded to the Golden Key Motel on Highway 100 just north of Beloit. The chase went several miles and ended when the vehicle being pursued crash. Two men in the vehicle were taken into custody.See the Story
US & Canada · Milwaukee

Coverage: 4 sources
Brandtjen, R-Menomonee Falls, says she plans to run for the seat previously held by Sen. Alberta Darling. Darling announced last month she would be stepping down from the Legislature after 32 years in office. Gov. Tony Evers ordered that the special election to fill the 8th Senate District seat will coincide with the April 4 spring election.See the Story
Keke Palmer

How Keke Palmer Hid Her Baby Bump Ahead of 'SNL' Reveal: Photos

100% Center coverage: 1 sources
Keke Palmer announced she's pregnant on Saturday Night Live. The 29-year-old actress is expecting her first child with boyfriend Darius Jackson. She announced the news in style, unbuttoning a Max Mara coat to reveal her baby bump. "This has been the biggest blessing, and I am so excited," she said.See the Story

The hottest holiday craze is not what goes under your tree – but into your glass. Pilk, the combination of milk and Pepsi, may have just gone viral. But is actually been around since the days of Laverne and Shirley.See the Story
Milwaukee · Milwaukee

Brian Kramp is in Milwaukee's Historic Third Ward getting ready to search for some of the city's hidden treasures. "Milwaukee Scavenger" is a new book from a local author. Brian Kramp: Get ready to explore iconic Milwaukee neighborhoods with the help of the new book.See the Story
Milwaukee · Milwaukee

Drewveon Portis pleaded guilty on Aug. 8 to an amended charge of first-degree recklessly endangering safety. A second charge of possession of firearm by a convicted felon was dismissed. The incident happened near 75th and Brown Deer Road in July 2020. The victim was shot and wounded -- and went directly to an emergency room.See the Story
Illinois · Illinois

A 19-year-old man from Illinois is dead, and three others were hurt. The wreck happened at 13th and Oklahoma on the city's south side. Officials say the Illinois man was driving an SUV west on Oklahoma at a high rate of speed. The SUV struck a car with three people inside.See the Story
Milwaukee · Milwaukee

100% Center coverage: 1 sources
This is the second deadly shooting of a 16-year-old in two days in Milwaukee. The first happened Saturday night after 9 p.m. on South 13th Street. Police say the incident started on North 95th Street and ended at a gas station on North 91 Street.See the Story

Topics Most Covered by Fox 6 now