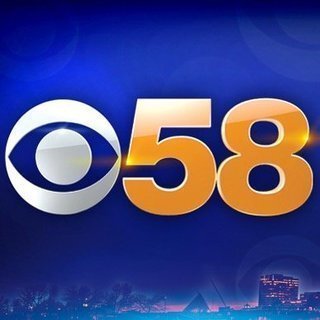 How credible is the news from CBS58?
Unknown
by Ad Fontes Media and Media Bias/Fact Check
Learn more about Factuality Ratings.

56% Center coverage: 170 sources
America’s newest nuclear stealth bomber is making its public debut after years of secret development and as part of the Pentagon’s answer to rising concerns over a future conflict with China. The B-21 Raider is the first new American bomber aircraft in more than 30 years. Almost every aspect of the program is classified.See the Story
Business · Harrison

73% Center coverage: 77 sources
Pepsi announced a new campaign Thursday that encourages the mixture of milk into their cola beverage during the holidays. See the Story
Raphael Warnock · Atlanta

50% Center coverage: 12 sources
Sen. Raphael Warnock (D-Ga.) is leading his Republican opponent Herschel Walker by 4 points in a new CNN poll, with just four days left until Georgia voters head to the polls for the runoff election.See the Story

Left57%
Center43%
Right0%
Blindspot
Get the weekly Blindspot report sent to your inbox and stay up to date with your bias blindspot.

75% Center coverage: 4 sources
Waukesha gets ready to welcome back families for the return of the Christmas parade. Some people will be joining in for the first time, not just from the area but from other parts of the country and world. Bell Ambulance had not taken part in the parade in the past, but this year they felt compelled to join in.See the Story
Kevin McCarthy · Washington

75% Center coverage: 4 sources
Kevin McCarthy still insists he will have the 218 votes needed to secure the speakership. Conservative hardliners seeking to plot McCarthy's ouster say otherwise. McCarthy's foes say another candidate will emerge and that talks have already begun to recruit a replacement. If McCarthy loses more than four GOP votes on January 3, he is expected to fall under 218 votes.See the Story
Inflation

75% Center coverage: 4 sources
The US economy added 263,000 jobs in November, with the unemployment rate holding steady at 3.7%. The latest employment report comes after a string of promising economic data over the last week. The Biden White House had hoped to see continued moderation in US jobs growth in the November jobs report.See the Story
Finance · Japan

57% Left coverage: 7 sources
It is the second batch of supplementary spending this year to help boost the economy. The extra spending has added to concerns over the already heavy national debt. The latest stimulus package will provide about 5,000 yen ($37) in monthly subsidies for household electricity and gas bills, totaling about 6 trillion yen ($45 billion)See the Story
US & Canada · Milwaukee

CBS 58 is your local source for the Milwaukee news, Milwaukee weather, and Milwaukee sports.See the Story
US & Canada · Idaho

After a series of confusing statements released by police on the Idaho student killings, here's where the investigation stands

71% Center coverage: 7 sources
Four University of Idaho students were found stabbed to death in an off-campus home on November 13. Dozens of local, state and federal investigators have yet to identify a suspect or find the murder weapon. Police and prosecutors have made irregular statements about the nature of the killings. Investigators are now aware of a sixth person who is listed on the lease as a resident.See the Story
Volcano

Coverage: 4 sources
A traffic hazard safety route is now accessible through Saddle Road. The one-way route "will provide safe viewing of lava flows," the agency says. Mauna Loa's eruption earlier this week for the first time since 1984 has led to health concerns. The eruption could possibly put people at risk of inhaling air that's been compromised.See the Story
Gun Violence · Uvalde

70% Center coverage: 92 sources
Nearly three dozen survivors of the May massacre at Robb Elementary School in Uvalde, Texas, filed a class action suit against various law enforcement agencies on Tuesday. The lawsuit scorches law enforcement's response to the tragedy, arguing that agencies strayed from protocols. 19 children and two teachers were shot and killed in what became the second-deadliest school shooting in U.S. history.See the Story

Topics Most Covered by CBS58