News from The Maroon 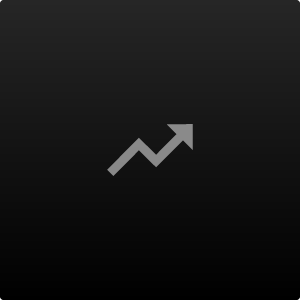 How credible is the news from The Maroon?
Unknown
by Ad Fontes Media and Media Bias/Fact Check
Learn more about Factuality Ratings.

Does The Maroon lean left or right?
Learn more about Media Bias Ratings.

From feeding homeless and low-income people on the third Saturday of every month at Crescent City Cafe, to helping rebuild homes in St. Bernard and Orleans parish through the St. Bernard Project, the Loyola University Community Action Program volunteers do it all,  said the program’s president, Shelbi Bias.  The Loyola University Community Action Program is...See the Story

Late last month, graduate student Alejandra Arguello Fletes sent a letter to Loyola in response to a video post from the university’s official Instagram page on Friday Sept. 23. The post showed Nathan Henne, in his office with a flag that Nicaraguan students described as representing “trauma, disgust, and fear.” The Instagram post was intended...See the Story

Students advocate for the unionization of Sodexo workers

Students are working on unionizing the Sodexo branch here at Loyola. They set up a booth at around 8:45 am on Oct. 13, according to sociology junior Natalie Butler. She said that staff at Loyola who hold power, and were not named, were being hostile towards students and told them they were not allowed to...See the Story

After leaving Loyola’s Mercy Hall on Sept. 28, history sophomore Lily Broussard said that they were shocked to see a powerline behind the building near Calhoun Street burst into flames. Broussard said they were even more shocked at the Loyola University Police Department’s response to the situation as, they said, the officers seemed unconcerned about...See the Story

Although meal plans for off-campus students only include 250 Wolfbucks, Loyola’s meal plan requirement has recently been criticized by off-campus students who have dietary restrictions since they say a lack of options prevents them from using the plan. The general manager of Loyola dining, Charles Casrill, said that Sodexo has been a leader in creating...See the Story

LaunchU Wraps Up Its Inaugural Year at Loyola

Loyola’s Center for Entrepreneurship and Community Development saw the culmination of their LaunchU program earlier this month, a competition for entrepreneurs in the Loyola community to expand and grow their businesses with the help of mentors and other professionals.  The program started with a bootcamp May 2022 with 22 people, making up a total of...See the Story

New SGA aims to learn from past mistakes

Gabrielle Yenewine panicked earlier this semester when her boss at her work study job in Loyola’s library told her she couldn’t work there anymore. It was because she was told she didn’t qualify for work study this school year, and the graphic design sophomore left disappointed and nervous; she had loved her position there. Like...See the Story