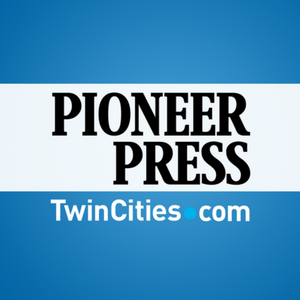 How credible is the news from Pioneer Press?
High
by Ad Fontes Media and Media Bias/Fact Check
Learn more about Factuality Ratings.

49% Center coverage: 303 sources
Kirstie Alley is dead. The famed actress was 71. Her family announced the news Monday evening with a statement shared via her social media accounts, saying she “passed away after a battle with cancer, only recently discovered.”See the Story
Business · New York

52% Left coverage: 56 sources
Amy Robach and T.J. Holmes, co-hosts of ABC News' "GMA 3," have been taken off the air following the public disclosure of a romantic relationship. The Daily Mail last week reported the two anchors have secretly engaged in a months-long romance.See the Story
Business · Minneapolis

77% Center coverage: 31 sources
The Mall of America in suburban Minneapolis said Monday that it will toughen its trespassing policies as part of a settlement with the family of a boy who was severely injured when a man with a history of causing disturbances at the mall threw the child from a third-floor balcony.See the Story

Mets are aggressive on Day 1 of Winter Meetings, Yankees wait on Aaron Judge

60% Left coverage: 5 sources
SAN DIEGO — It’s tough to glean much from Billy Eppler’s first Winter Meetings media session. Justin Verlander’s contract is still pending so the Mets general manager couldn’t say a whole lot about the club’s splashy new pitching acquisition and wouldn’t say a whole lot about where he stands in negotiations with free agent outfielder Brandon Nimmo. Verlander and the Mets are in agreement on a two-year contract with a vesting option for a third y…See the Story
US & Canada · Pittsburgh

75% Left coverage: 4 sources
Pittsburgh has won three of its past four games and is in the middle of its first winning streak this season. The Steelers lead the all-time series 32-24 and have won four straight meetings. The Ravens have struggled to live up to expectations at home this season, but they're 4-2 against the spread in road games. The over-under for Sunday's game is 37 points.See the Story
US & Canada

ASK IRA: Are the Heat demanding enough of themselves?

60% Left coverage: 5 sources
The Miami Heat lost to the Memphis Grizzlies on Monday night. Duncan Robinson is the fourth highest paid player on the team and has a guaranteed contract into 2026. Erik Spoelstra has made it clear that he views Haywood Highsmith as a rotation player. The Heat do not have control of Robinson's NBA rights.See the Story
US & Canada

60% Left coverage: 5 sources
The Orioles have officially signed right-hander Kyle Gibson to a one-year deal. Orioles executive vice president and general manager Mike Elias was clear the organization remains intent on adding at least another experienced arm to its rotation. Elias said Gibson signed for $10 million, the same price point the Orioles decided not to pick up Jordan Lyles' $11 million option.See the Story
US & Canada

67% Left coverage: 3 sources
Chicago Bears quarterback Justin Fields scored his eighth rushing touchdown of the season. He also has two touchdown passes of at least 50 yards this season. The Bears are 3-10 and in last place by two games in the NFC North. They have won only once in 10 games since September and head into their Week 14 open date.See the Story
US & Canada

NFL power rankings, Week 14: With Ravens in limbo, Bengals surge toward the top

57% Left coverage: 7 sources
A.J. Brown reminded the Titans why it was such a mistake to trade him. The Cowboys became the third team in NFL history to score 33 or more points in the fourth quarter of a game. Joe Burrow became the first quarterback to defeat Patrick Mahomes in three straight head-to-head matchups.See the Story
US & Canada

60% Left coverage: 5 sources
Orioles general manager: "The next several years of baseball in Baltimore is going to be excellent" Orioles have no money committed beyond 2023, giving them a roster they can custom build over the next few years. The Orioles have signed free agent right-hander Kyle Gibson for $10 million.See the Story
US & Canada

Bruce Bochy on deGrom signing: ‘I think the biggest thing we talked about was we had to improve the starting pitching’

60% Left coverage: 5 sources
Jacob deGrom signed a five-year, $186 million contract with an option for a sixth year to bring the total to as much as $222 million. Rangers manager Bruce Bochy shed some light on just how, exactly, the club was able to land the premier pitcher on the free agent market.See the Story

Topics Most Covered by Pioneer Press

The Mercury news
Suggest a source
Looking for a source we don't already have? Suggest one here.