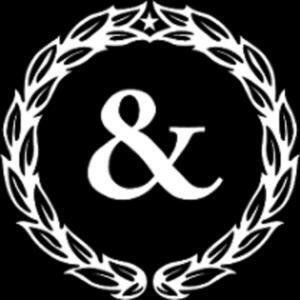 How credible is the news from Task & Purpose?
Mixed
by Ad Fontes Media and Media Bias/Fact Check
Learn more about Factuality Ratings.

Coverage: 5 sources
Petty Officer 2nd Class Thomas James made his first public comments on the shooting in a statement issued through Centura Penrose Hospital in Colorado Springs. James reportedly pushed a rifle out of the shooter's reach while Army veteran Rich Fierro repeatedly struck the shooter with a handgun the shooter brought into the bar. James ended the statement by urging young members of the LGBTQ community to be brave.See the Story
US & Canada

75% Right coverage: 4 sources
Rich Fierro is one of two people police are crediting with saving lives by subduing the shooter. The 22-year-old man was armed with multiple firearms, including an AR-15-style semiautomatic rifle. Five people were killed and at least 17 wounded.See the Story

100% Left coverage: 1 sources
A combat medic was “voluntold” to participate in the Army’s recent Best Squad Competition and ended up beating everyone in marksmanship.See the Story

Left13%
Center24%
Right63%
Blindspot
Get the weekly Blindspot report sent to your inbox and stay up to date with your bias blindspot.

Russia's withdrawal from Kherson 'another victory for Ukraine': NATO chief

50% Right coverage: 22 sources
Ukrainian President Volodymyr Zelenskyy is skeptical of Russia's withdrawal announcement, saying "the enemy does not bring us gifts" A top US general said Russia's army has lost more than 100,000 personnel. Ukraine signs a treaty on cooperation with the Association of Southeast Asian Nations (ASEAN)See the Story
Military · Washington

74% Center coverage: 8 sources
The Navy has relieved the commanding officer of the guided-missile cruiser Normandy in the middle of the ship’s deployment, the service announced. See the Story
Middle East · Beirut

42% Left coverage: 12 sources
Lebanon is mediating between the United States and Syria over the fate of Austin Tice. Tice went missing shortly after his 31st birthday on Aug. 14, 2012, at a checkpoint in a contested area west of Damascus. A video released a month later showed him blindfolded and held by armed men. Washington maintains that Tice is held by Syrian authorities.See the Story
Europe · Moscow

41% Left coverage: 75 sources
Russia claims Ukraine could use a "dirty bomb" in the war. As its forces risk being routed in the south near the city of Kherson, Moscow has suggested that Kyiv could use such a blast on its own territory - without offering evidence. The claim was strongly refuted by US officials on Sunday as a Russian false flag operation.See the Story
Europe · Irkutsk

44% Center coverage: 113 sources
Two pilots were killed after a Russian jet conducting a test flight crashed Sunday into a two-storey building in the city of Irkutsk in southern Siberia, the regional governor said. It was the second such incident in six days. Last Monday, a Sukhoi Su-34 fighter plane crashed in the southern city of Yeysk, near Ukraine. See the Story
Troops · Washington

Pentagon will pay for service members to travel to obtain abortions

54% Center coverage: 79 sources
The Pentagon will provide travel funds and support for troops who seek abortions. The military will also increase privacy protections for those seeking care. Access to abortion has become a central issue in the midterm elections. President Joe Biden promised this week that the first bill he sends to Capitol Hill will be one that writes abortion protections into law.See the Story
US & Canada · Phoenix

63% Right coverage: 8 sources
Air Force officials found that text messages appearing to show job discrimination against a Black airman were fake. Partially redacted screenshots of the alleged conversation spread on social media in May, prompting leaders of the 56th Fighter Wing at Luke Air Force Base, Arizona, to investigate. An airman facing nonjudicial punishment for the incident is still able to appeal.See the Story
Drones · Ukraine

What’s the best way for Ukraine to defend against Russia’s Iranian drones?

67% Left coverage: 3 sources
Russia has been using Iranian-made drones to terrorize Ukrainians by attacking their cities during the war, meaning that Ukraine has to defend itself against this threat.See the Story

Topics Most Covered by Task & Purpose

Washington Times
Suggest a source
Looking for a source we don't already have? Suggest one here.