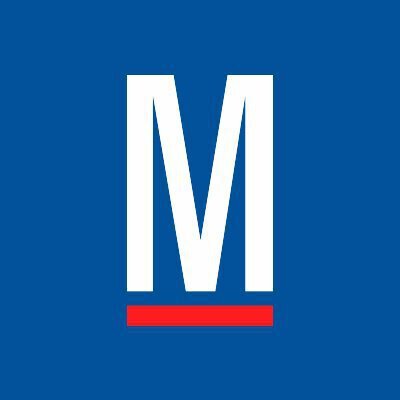 Who owns Militarydotcom?
Other: Monster.com
Other: Randstad Holding
Learn more about Ownership categories.

How credible is the news from Militarydotcom?
High
by Ad Fontes Media and Media Bias/Fact Check
Learn more about Factuality Ratings.

77% Center coverage: 100 sources
A handful of centenarian survivors of the attack on Pearl Harbor gathered at the scene of the Japanese bombing on Wednesday to commemorate those who perished 81 years ago. A ceremony was held in remembrance of those killed in the 1941 attack. The ceremony was led by the U.S. Navy's 7th Fleet.See the Story
Europe · Kyiv

47% Center coverage: 53 sources
Drones struck inside Russia's border with Ukraine Tuesday in the second day of attacks exposing the vulnerability of some of Moscow's most important military sites, observers said.See the Story
US & Canada · Washington

60% Center coverage: 20 sources
The U.S. State Department has approved the potential sale of $428 million in aircraft parts for Taiwan to help its air force, which is strained from repeatedly intercepting Chinese jets operating close to the island.See the Story

Left44%
Center50%
Right6%
Blindspot
Get the weekly Blindspot report sent to your inbox and stay up to date with your bias blindspot.

100% Center coverage: 1 sources
Lawmakers are asking the Space Force to issue a report by March 1, 2023, on how the idea would work in practice. The request for the report was included in the National Defense Authorization Act agreement brokered between the House and the Senate. The report would address how the part-time model would foster "career flexibility"See the Story
Military

Coverage: 2 sources
The military's COVID-19 vaccine mandate would be repealed under a compromise defense bill. The provision will put an end to a policy that top military officials say is still necessary. Tens of thousands of troops who have refused to get vaccinated faced discharge. The bill does not reinstate the service members who have already been discharged.See the Story
Illinois · Illinois

100% Center coverage: 3 sources
Keith Tipsword was 22 when he died in the Dec. 7, 1941, attack on Pearl Harbor. His body had never been identified, and was initially listed as missing in action. The Navy recently identified his remains through DNA. Tipsword is among dozens of Pearl Harbor veterans who have been identified and brought home.See the Story

100% Center coverage: 1 sources
The Army Combat Fitness Test, or ACFT, was finally rolled out in October. Congress is pushing for gender-neutral and potentially job-specific standards. The must-pass National Defense Authorization Act, or NDAA, sets funding and policy priorities. The language of the bill was unveiled late Tuesday and is expected to become law in the coming weeks.See the Story
US & Canada · Beijing

54% Center coverage: 37 sources
China's defence ministry on Tuesday (Dec 6) dismissed a Pentagon report about the pace of its nuclear weapons programme as unfair "gesticulation" and speculation.See the Story

2023 Military Pay Raise Will Be the Largest in 20 Years

100% Center coverage: 1 sources
The largest military pay raise in decades is coming in 2023 for active-duty troops as part of the annual defense authorization bill expected to be approved by Congress this month.See the Story
Kim Jong-Un · Pyongyang

56% Center coverage: 39 sources
North Korea’s military says it has ordered frontline units to conduct artillery firings into the sea for the second consecutive day in a tit-for-tat response to South Korean live-fire drills in an inland border region.See the Story
US & Canada · Washington

50% Right coverage: 10 sources
A top general in the U.S. Marine Corps is arguing that the military's COVID-19 vaccine mandate is putting a dent in recruitment efforts.See the Story

Topics Most Covered by Militarydotcom

WPLG
Suggest a source
Looking for a source we don't already have? Suggest one here.