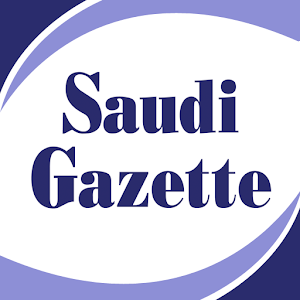 How credible is the news from Saudi Gazette?
Mixed
by Ad Fontes Media and Media Bias/Fact Check
Learn more about Factuality Ratings.

Coverage: 47 sources
The Chinese Grand Prix that was due to take place next year has been cancelled.See the Story
Sex Life · Jakarta

46% Left coverage: 28 sources
Indonesia's parliament is expected to pass a new criminal law this month that will punish sex outside marriage with imprisonment of up to a year.See the Story

Left46%
Center36%
Right18%
Blindspot
Get the weekly Blindspot report sent to your inbox and stay up to date with your bias blindspot.

36% Right coverage: 36 sources
Pakistan's embassy in Kabul came under attack on Friday with gunfire injuring a Pakistani security guard, officials said, in what Islamabad called an attempt to assassinate its head of mission, who was unhurt.See the Story
Twitter · San Francisco

45% Center coverage: 232 sources
Elon Musk has suspended Kanye West's (aka Ye) Twitter account after the latter posted anti-semantic tweets and violated the platform's rules. West tweeted a picture of a Nazi Swastika merged with the Star of David. West has been the center of the news coverage since last night after appearing on Alex Jones' Infowars.See the Story
Kyiv · Kyiv

100% Left coverage: 1 sources
A Canadian man already accused of murdering one woman has been charged by police in the city of Winnipeg in connection with three more deaths.See the Story
Emmanuel Macron

Biden: I'm prepared to speak with Putin if he's looking to end the war

34% Center coverage: 3 sources
At a press conference with French president Emmanuel Macron, Biden noted he would only be willing to talk to Putin after consulting Nato's allies first.See the Story
Europe · Doha

35% Center coverage: 71 sources
Ao Tanaka scored the winning goal from close range early in the second half. It took about two minutes for video review officials to confirm the ball hadn't gone out of bounds before the goal. Spain also advanced despite the loss, knocking Germany out of the tournament. It's the first time Japan has advanced past the group stage in back-to-back tournaments.See the Story
Europe · Madrid

39% Left coverage: 36 sources
Spain has stepped up security after revealing a number of letter bombs have recently been sent to high-profile targets, including the prime minister.See the Story
Protestors · Tehran

48% Right coverage: 21 sources
Mehran Samak, 27, was shot in the head Tuesday evening as he joined festivities in the northwestern city of Bandar Anzali. The Washington Post could not independently verify the reports surrounding Samak's death. Iran has launched a brutal crackdown on the protest movement, which it has blamed on foreign countries.See the Story

Topics Most Covered by Saudi Gazette

BBC News
Suggest a source
Looking for a source we don't already have? Suggest one here.