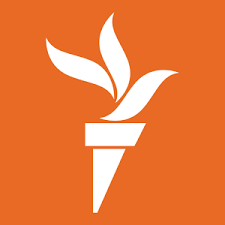 37% Center coverage: 108 sources
European Union countries agreed on Friday to cap the maritime trade of Russian oil at $60 per barrel, building upon an initiative by the Group of Seven (G7) to further weaken the Kremlin's ability to wage war on Ukraine. See the Story
Europe · Washington

47% Center coverage: 17 sources
Algeria, the Central African Republic, Comoros and Vietnam also on watch list. U.S. Secretary of State Antony Blinken: "The United States will not stand by in the face of these abuses" Washington has increased pressure on Iran over the brutal crackdown on protesters.See the Story

Left45%
Center41%
Right14%
Blindspot
Get the weekly Blindspot report sent to your inbox and stay up to date with your bias blindspot.

100% Center coverage: 1 sources
A Ukrainian marine biologist estimates that at least 50,000 Black Sea dolphins have been killed as a result of Russia's ongoing invasion of Ukraine. Ivan Rusev says he's shocked by the number of dolphin carcasses that have washed up on the shores of his nature reserve in Ukraine's Odesa region. Mines, underwater explosions, and power sonar from Russian submarines have caused an environmental catastrophe for marine wildlife. But Rusev says he has…See the Story
Middle East

U.N. nuclear chief says Iran ties need to get back on track

45% Center coverage: 9 sources
IAEA chief: "We don't seem to be seeing eye-to-eye with Iran over their obligations to the IAEA" Rafael Grossi says he is "still hopeful" Tehran will explain traces of uranium traces at undeclared sites. Iran denies seeking nuclear weapons, saying its nuclear technology is solely for civil purposes.See the Story
Europe · Washington

68% Center coverage: 22 sources
The family of Paul Whelan, an American imprisoned in Russia for espionage, said Friday that he has resumed contact after unexpectedly becoming unreachable in November.See the Story
Europe · Kyiv

41% Center coverage: 29 sources
The Ukrainian government will draw up a law banning churches affiliated with Russia under moves described by President Volodymyr Zelenskiy as necessary to prevent Moscow being able to "weaken Ukraine from within."See the Story
Business · Ukraine

34% Center coverage: 3 sources
Ukraine has exported almost 18.1 million tons of grain so far in the 2022/23 season, down 29.6 percent from the 25.8 million tons exported by the same stage of the previous season, Agriculture Ministry data shows.See the Story
Europe

52% Center coverage: 73 sources
Ukraine's armed forces have lost somewhere between 10,000 and 13,000 soldiers so far in the war against Russia, presidential adviser Mykhailo Podolyak told a Ukrainian television network on Thursday. The remarks appeared to be the first estimate of dead since late August, when the head of the armed forces said nearly 9,000 military personnel had been killed.See the Story