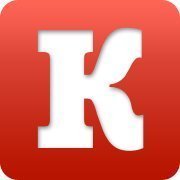 How credible is the news from Korrespondent.net?
Unknown
by Ad Fontes Media and Media Bias/Fact Check
Learn more about Factuality Ratings.

42% Center coverage: 66 sources
A third Russian airfield was ablaze on Tuesday from a drone strike, a day after Ukraine demonstrated an apparent new ability to penetrate hundreds of kilometers deep into Russian air space with attacks on two Russian air bases.See the Story
Europe · Kyiv

Ukraine says it shot down over 60 Russian missiles

64% Center coverage: 65 sources
Russia on Monday unleashed what Ukrainian authorities called the latest “massive missile attack” across their country, striking homes and buildings, killing civilians, and disrupting electrical power and water supplies in areas — notably in the Black Sea port city of Odesa. Ukraine's air force claimed it shot down more than 60 of the 70 missiles fired.See the Story
Europe · Moscow

G7 price cap on Russian oil kicks in, Russia will only sell at market price

36% Center coverage: 34 sources
The Group of Seven price cap on Russian seaborne oil came into force on Monday as the West tries to limit Moscow's ability to finance its war in Ukraine, but Russia has said it will not abide by the measure even if it has to cut production. See the Story

Left46%
Center38%
Right16%
Blindspot
Get the weekly Blindspot report sent to your inbox and stay up to date with your bias blindspot.

K2 tanks and K9 howitzers will reach northeastern Poland in a few days, the Ministry of Defense noted.See the Story
Ukraine · Ukraine

Our homes: Ukraine has returned 60 more soldiers from captivity

On Tuesday, December 6, Ukraine exchanged prisoners - on the Day of the Armed Forces of Ukraine, 60 military forces, the National Guard, and the SBS returned home, said the head of the President's Office Andriy Yermak. Among those released from captivity are 58 men and two women, including 15 officers and 45 privates and sergeants. Today's “60 list” also includes 34 Mariupol defenders, including 14 from Azovstal. “There are wounded people who wi…See the Story
Volodymyr Zelenskyy · Ukraine

Zelensky presented an award for volunteers

President Volodymyr Zelensky visited the positions of Ukrainian defenders in the east of the country. He thanked the defenders for their steadfastness and strength, stressing that they are an outpost of Ukrainian independence. The Day of the Armed Forces of Ukraine is marked on December 6.See the Story
Ukraine · Ukraine

The Ministry for the Reintegration of Temporarily Occupied Territories of Ukraine said this in a statement on Facebook. The Office of the Commissioner for Missing Persons, together with law enforcement agencies, continues to return the fallen defenders home. In total, Ukraine has returned the bodies of 827 defenders since the beginning of the work.See the Story
Volodymyr Zelenskyy · Kyiv

100% Center coverage: 1 sources
Ukraine's Armed Forces Day falls on December 6 each year. It marks the birth of the Ukrainian military in its current form after the country gained independence from the Soviet Union in 1991. President Volodymyr Zelensky: "Our Armed Forces protect their native land, and this gives the strongest possible motivation"See the Story
Ryazan · Ryazan

On December 5, a drone damaged two planes at an airfield in the Russian city of Engels, and a fuel truck exploded at an airfield near Ryazan.See the Story

Topics Most Covered by Korrespondent.net

Ukrinform
Suggest a source
Looking for a source we don't already have? Suggest one here.