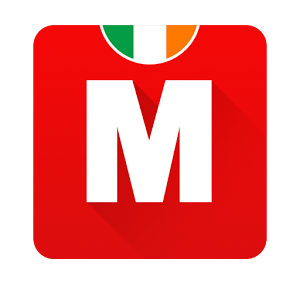 How credible is the news from Irish Mirror?
Unknown
by Ad Fontes Media and Media Bias/Fact Check
Learn more about Factuality Ratings.

45% Center coverage: 232 sources
Elon Musk has suspended Kanye West's (aka Ye) Twitter account after the latter posted anti-semantic tweets and violated the platform's rules. West tweeted a picture of a Nazi Swastika merged with the Star of David. West has been the center of the news coverage since last night after appearing on Alex Jones' Infowars.See the Story
Europe · Hull

55% Right coverage: 11 sources
A student died of sepsis after a suspected spider bite left a gaping wound in his back. See the Story
World Cup · Japan

60% Center coverage: 5 sources
Germany beat Costa Rica 4-2 to finish with four points in group E. Had Japan and Spain drawn 1-1, Hansi Flick's side would have done enough to finish second in the group and progress to the round of 16. Instead, Japan won 2-1 after Ao Tanaka scored the winning goal, with a helping hand from the VAR.See the Story

Left61%
Center20%
Right19%
Blindspot
Get the weekly Blindspot report sent to your inbox and stay up to date with your bias blindspot.

Rory's song Jimmy's Winning Matches was a smash hit with Donegal fans when the county's footballers won the All-Ireland in 2012. Rory was living in Lanzarote at the time and the song was originally about his mate Jimmy from Senegal and called Jimmy's Selling Watches. Rory tweaked the lyrics to create a GAA anthem about Donegal gaelic football manager Jim McGuinness.See the Story

Man jailed for 18 years over attempted murder of gardaí

Coverage: 4 sources
Daniel Goulding of Whitechapel Grove, Clonsilla, Co Dublin pleaded guilty to the attempted murder of two detective garda� at his family home on May 25th, 2021. Goulding, who has been diagnosed with paranoid schizophrenia, has been jailed for 18 years with the final two years suspended. Mr Justice Paul McDermott said these offences were of the most serious kind.See the Story

Conor McGregor's niece celebrates one-year anniversary with her girlfriend. Taylor McGregor posted a series of loved-up snaps with her other half. She wrote: "A year of me & you. Full of laughs. Date nights. Thanks for being my shoulder to cry on. My bestfriend. Soulmate"See the Story

67% Left coverage: 3 sources
Murderer Graham Dwyer had to be spoken to by his legal team on Friday, after he repeatedly interrupted his appeal hearing. Dwyer repeatedly interrupted Sean Guerin SC, for the DPP, to deny text messages attributed to him. His lawyers are arguing that the retention of mobile phone data used in the case is an opportunistic form of mass surveillance.See the Story
Europe

Connor Currie, 16, Lauren Bullock and Morgan Barnard, 17, died in fatal crush. Hundreds queued at the doors of the Greenvale Hotel, in Cookstown, Co Tyrone, for a disco on March 17 2019. Hotel owner Michael McElhatton, 55, and a self-employed member of security staff, Seamus Mitchell, 44, charged with gross negligence manslaughter.See the Story

Topics Most Covered by Irish Mirror

The Journal
Suggest a source
Looking for a source we don't already have? Suggest one here.