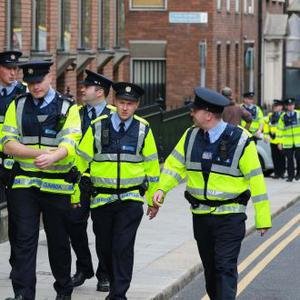 Gardaí renew appeal over murder of taxi driver in 1997

Coverage: 5 sources
An Garda Siochana is renewing its appeal for several unidentified people who were in the area on the night Eileen Costello OShaughnessy was killed. At 8pm on November 30 1997, the Galway City taxi driver informed her base that she was taking a fare to Claregalway. Around 20 minutes later, the base tried to contact her but received no answer. At 9pm she was due to meet the owner of the taxi, a silver Toyota Carina with the registration number 97-G-6663, in Galway to hand over the car and keys, but failed to arrive. Her colleagues grew concerned and began searching the city. Her taxi was found at Lydon House BakerySee the Story
Europe

Man jailed for 18 years over attempted murder of gardaí

Coverage: 4 sources
Daniel Goulding of Whitechapel Grove, Clonsilla, Co Dublin pleaded guilty to the attempted murder of two detective garda� at his family home on May 25th, 2021. Goulding, who has been diagnosed with paranoid schizophrenia, has been jailed for 18 years with the final two years suspended. Mr Justice Paul McDermott said these offences were of the most serious kind.See the Story
Gardaí

50% Left coverage: 4 sources
Man in his 70s killed after tractor he was driving overturned in Donegal. Incident happened in Corlea, just outside Ballyshannon at around 10.45am. His body was brought to the mortuary at Sligo University Hospital where a post-mortem is to be carried out.See the Story

100% Center coverage: 1 sources
Sandra Collins was last sighted on the night of December 4th, 2000. She was last seen after she bought chips in a local takeaway. A pink fleece, later identified as hers, was found on the pier in Killala. Anyone with information is asked to contact Ballina Garda station on 096 20560 or CrimeStoppers 1800 250 025.See the Story
Europe · Ireland

100% Right coverage: 1 sources
Gardaí are studying the content of the three-part documentary RTÉ series as they continue to pursue the paymaster behind a campaign of violence against directors of former Quinn firms.See the Story
Europe · Ireland

100% Right coverage: 1 sources
Christopher Mooney, 60, found dead in his home in Broomfield, Co Monaghan. Another man, Kieran Hamill, 37, was found dead on the Ballynacarry Bridge, Co Armagh. Garda's believe the two men knew each other and carried out the murder.See the Story
Gardaí · Monaghan

100% Right coverage: 1 sources
Body of a man was found at his home in Knockreagh Lower, Broomfield, Co Monaghan, yesterday morning. It is believed his death may be linked to a fatal road collision that took place on the N53 that same morning. A male pedestrian aged in his late 30s was pronounced dead at Ballynacarry Bridge yesterday morning, after being hit by a car.See the Story
Gardaí

100% Left coverage: 1 sources
Kieran Hamill stabbed sex offender Chris Mooney to death in a frenzied attack in Ireland yesterday before being struck by a car and killed as he escapedSee the Story
Gardaí

Court allows Hutch surveillance evidence despite it being gathered illegally

Gerry Hutch is on trial for the murder of Daniel Kinahan pal David Byrne. He is accused of the February 2016 murder of the 33-year-old at the Regency Airport Hotel in north Dublin. The court found only surveillance in the Republic Of Ireland was legal. The decision is regarded as a major blow to Mr Hutch.See the Story
Europe · Ireland

100% Right coverage: 1 sources
The murder of a convicted child sex abuser in Co Monaghan was a “revenge attack” linked to his crimes, gardaí believe.See the Story
Gardaí · Monaghan

100% Left coverage: 1 sources
A man has died on the Ballynacarry Bridge on the N53, outside Castleblayney. His remains are still at the scene, which has been sealed off for a technical examination. Separately, a man's body has been found in Knockreagh Lower, Broomfield, County Monaghan.See the Story

Dublin Live
Unknown
Suggest a source
Looking for a source we don't already have? Suggest one here.

How is the media covering Gardaí?