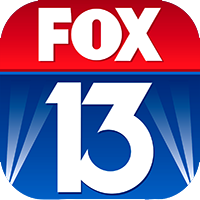 How credible is the news from Fox 13 Now?
High
by Ad Fontes Media and Media Bias/Fact Check
Learn more about Factuality Ratings.

U.S. beats Iran and advances to World Cup round of 16

56% Center coverage: 187 sources
Christian Pulisic scored while crashing headfirst into the goalkeeper in the 38th minute and the United States advanced to the knockout round of the World Cup. The Americans finished second in Group B with five points, two behind England, and will play the Netherlands on Saturday with the chance to reach the quarterfinals for the first time since 2002.See the Story
Europe · Washington

49% Center coverage: 114 sources
A 64-year wait for Wales to have an appearance in a World Cup tournament ended in a respectable draw, as they were held 1-1 by a well drilled United States team. See the Story
U.S. Senate

75% Center coverage: 8 sources
U.S. Sens. John Cornyn and Ted Cruz of Texas both voted against a bipartisan bill providing federal protection for same-sex and interracial marriages. The Respect for Marriage Act would require states to recognize all legally performed marriages. President Joe Biden is expected to sign the bill once the House votes to approve Senate amendments.See the Story

Animal rights activists not guilty in theft of Utah piglets

Left62%
Center23%
Right15%
Blindspot
Get the weekly Blindspot report sent to your inbox and stay up to date with your bias blindspot.

50% Center coverage: 6 sources
Unified police say Husain Musse, 18, has been arrested and booked into jail for murder. Police say they were alerted that a shooting had taken place in the parking lot of 7-Eleven. A 19-year-old male was taken to the hospital in "very critical condition"See the Story

71% Center coverage: 7 sources
Voter turnout was at 47.5% on Wednesday, Lt. Governor Deidre Henderson said. With so many outstanding ballots, some close races could still change as votes are tabulated. Constitutional Amendment A appeared to be headed for a decisive defeat with 63% of the vote against.See the Story
US & Canada · Louisville

52% Center coverage: 93 sources
Kentucky voters rejected a ballot measure aimed at denying any constitutional protections for abortion, handing a victory to abortion-rights supporters who have seen access to the procedure eroded by Republican lawmakers in the deeply red state.See the Story
Mitt Romney · Salt Lake City

60% Center coverage: 15 sources
Nygren defeated Nez in the nonpartisan race with a message of delivering basic needs to Navajos. Nez is a seasoned politician who ascended to the presidency after years as a community leader, Navajo County supervisor, Navajo Nation Council delegate and vice president. Turnout among the roughly 125,000 registered voters surpassed 50%.See the Story
Halloween · Utah

58% Center coverage: 97 sources
The family of murdered Florida YouTube creator Gabby Petito has filed a $50 million wrongful death suit against the Moab Police Department this morning, Nov. 3, according to the family’s attorneys.See the Story
US & Canada · Jambi

40% Right coverage: 43 sources
A 54-year-old Indonesian grandmother who went missing last Friday while collecting rubber on a plantation near her home in Jambi was eventually found in the stomach of a 22-foot python after a two-day search. See the Story

Topics Most Covered by Fox 13 now

KSLNewsRadio
Suggest a source
Looking for a source we don't already have? Suggest one here.