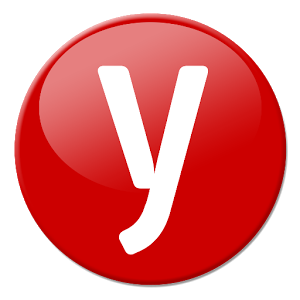 How credible is the news from Ynet News?
High
by Ad Fontes Media and Media Bias/Fact Check
Learn more about Factuality Ratings.

Masked Ye goes on antisemitic tirade on Infowars: ‘I like Hitler’

'Hezbollah set our home on fire': Raised in Lebanon, working in Israeli army

100% Left coverage: 1 sources
Julie Abu-Araj is head of the digital department to the Arab world in the IDF Spokesperson's Division. Her father, a senior South Lebanon Army (SLA) commander, was murdered by Hezbollah. Julie describes her ongoing pain and her hopes of finding the injured IDF soldier she helped outside her house in home country.See the Story
Middle East · West Bank

45% Left coverage: 20 sources
Israeli forces killed two Palestinians in the occupied West Bank on Thursday, Palestinian officials said, in heavy clashes that erupted in the Jenin refugee camp during a pre-dawn raid. The militant Islamic Jihad group said in a statement that one of the men killed was its leader.See the Story
Hamas · Gaza

50% Left coverage: 6 sources
The UN agency for Palestinian refugees (UNRWA) operates a network of 278 schools across the Gaza Strip serving more than 290,000 pupils. The Israeli army said the cavity was in fact a tunnel dug by Gaza militants. Israeli commanders fear militants could use such tunnels to seize Israeli personnel or civilians for use as bargaining chips in prisoner exchanges.See the Story
Netflix

100% Left coverage: 2 sources
Many Israelis have expressed outrage and terminated their Netflix subscription. The streaming platform announced that it would upload the film "Farha" which shows Israeli soldiers executing a Palestinian family. The government-funded Al Saraya Theater in Jaffa came under fire for screening the movie on Wednesday.See the Story
Inflation

Coverage: 5 sources
Average cost of living rose by 8.1 percent, reaching the highest rate in 20 years. The rise in prices is attributed to the Ukraine war and pandemic restrictions. Most European cities fell down in the rankings amid the energy crises caused by the EU's attempts to cut down Russian energy supplies.See the Story
Israel · Israel

100% Left coverage: 1 sources
Israel's diamond industry is a long-established key sector of its economy. The trade in precious stones had for centuries attracted the Jewish merchants of a diaspora scattered across the globe. In the 1930s, Jewish dealers from Germany immigrated to then pre-state Israel, bringing their expertise in polishing and trading precious stones.See the Story
United Nations · Israel

50% Right coverage: 4 sources
World body to commemorate Palestinian 'Nakba' next year after 90-30 vote with 47 abstentions. Palestinians mark the event every year on May 15 which is the day after Israel's independence was declared in 1948. Israel in 2023 celebrates 75 years since the establishment of the state.See the Story
Middle East · Iran

40% Left coverage: 15 sources
Iran's judiciary upheld the death sentence for four people on Wednesday. They are sentenced 'for the crime of cooperating with the intelligence services of the Zionist regime' Iran has long blamed its arch-nemesis Israel for carrying out covert operations on its soil. Tehran accuses Israeli and Western agents of plotting a civil war amid nationwide demonstrations.See the Story

Topics Most Covered by Ynet News

Haaretz
Suggest a source
Looking for a source we don't already have? Suggest one here.