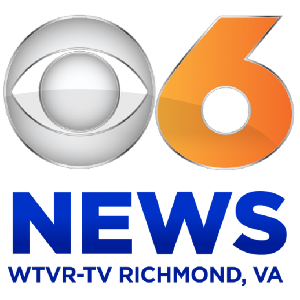 How credible is the news from WTVR?
Unknown
by Ad Fontes Media and Media Bias/Fact Check
Learn more about Factuality Ratings.

65% Center coverage: 95 sources
A Walmart employee who survived last week’s mass shooting at a store in Virginia has filed a $50 million lawsuit against the company for allegedly continuing to employ the shooter — a store supervisor — “who had known propensities for violence, threats and strange behavior.”See the Story
Business · Washington

76% Center coverage: 80 sources
Days after flocking to stores on Black Friday, consumers are turning online for Cyber Monday to score more discounts on gifts and other items that have ballooned in price because of high inflation.See the Story
NFL · Florida

Left60%
Center40%
Right0%
Blindspot
Get the weekly Blindspot report sent to your inbox and stay up to date with your bias blindspot.

A few showers are likely before sunrise Saturday. The best window for rain in central Virginia will be between 8 a.m. and 11 a. m. Skies will become partly cloudy in the afternoon, and highs should reach the low to mid 60s. A cold front will move through the area Saturday evening, bringing chilly air back into the region.See the Story
Walmart · Henrico

100% Center coverage: 3 sources
Durell Brown, 17, was killed in a shooting in a Walmart parking lot. Police say Javion Peroune of Henrico County turned himself into police headquarters Thursday evening. He is charged with second-degree murder and the use of a firearm in the commission of a felony.See the Story
Influenza · Richmond

100% Center coverage: 2 sources
An elderly, unvaccinated Yellowstone County male resident died over the Thanksgiving weekend. Flu activity in Montana has been increasing in recent weeks. CDC estimates that, so far this season, there have been at least 6.2 million illnesses, 53,000 hospitalizations, and 2,900 deaths from flu.See the Story
Richmond, United States · Richmond

The parade was revived in 1985 after a 13-year hiatus. For 39 continuous years, Dominion Energy has remained the title sponsor. The theme for this year's parade is A Very RVA Christmas. The parade will feature 93 units, including Nutsy and Nutasha of the Richmond Flying Squirrels.See the Story
Richmond, United States · Richmond

The Richmond Sheriff is addressing what she called security challenges within the Richmond jail as a councilwoman calls for a state investigation into safety concerns regarding inmates and staff. See the Story

Suspect in custody after trooper injured in I-295 traffic stop

A trooper attempted to stop a car that was traveling 97 mph in a 70 mph zone on I-295. During the traffic stop, the suspect and the trooper engaged in a brief altercation. The suspect then took off, driving up to 115 miles per hour for about a mile before crashing into two tractor-trailers.See the Story
Henrico · Henrico

100% Center coverage: 2 sources
A possible medical emergency and speed may have been factors in a crash in Henrico. A witness told police they saw a Chevrolet Equinox traveling north on Cedar Fork Road at a high rate of speed. The vehicle then ran off the roadway and struck several trees. The driver was extricated from the vehicle and died at the hospital.See the Story
Waverly · Waverly

He visited his friends. Minutes later, they were dead: 'I said well damn, I was just there.'

WAVERLY, Va. — Edward Hill said he felt fortunate to be alive. Hill was with brothers Ronald and Alexander Ellis at their Railroad Avenue home in Waverly on Wednesday, about 30 minutes before a gunman shot and killed both brothers. A woman in the home was injured in the shooting."I said well damn, I was just there. If I was there he probably would've shot my ass too!" Hill said.Sheriff E.L. Giles identified Shelton Hardy as the man wanted for th…See the Story

Topics Most Covered by WTVR