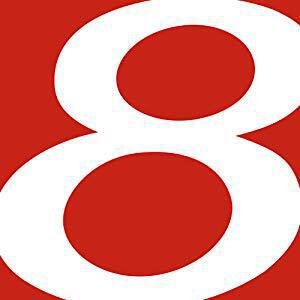 How credible is the news from WISH-TV?
High
by Ad Fontes Media and Media Bias/Fact Check
Learn more about Factuality Ratings.

50% Center coverage: 295 sources
Kirstie Alley is dead. The famed actress was 71. Her family announced the news Monday evening with a statement shared via her social media accounts, saying she “passed away after a battle with cancer, only recently discovered.”See the Story
Animals · Crystal River

62% Center coverage: 137 sources
Incarcerated lawyer Michael Avenatti was sentenced in Southern California on Monday to 14 years in prison and ordered to pay $7 million in restitution after admitting he cheated four of his clients out of millions of dollars.See the Story

Left44%
Center40%
Right16%
Blindspot
Get the weekly Blindspot report sent to your inbox and stay up to date with your bias blindspot.

Coverage: 2 sources
Mauro Alonzo-Vargas, 50, of Ennis, Texas, has been charged with dealing in cocaine. IMPD narcotics K9 Mina made positive indication of drugs from the truck. The subsequent search turned up about 130 kilos of cocaine with an estimated street value of $13 million.See the Story
Sports

NASA's historic Artemis I mission is coming to a close

85% Center coverage: 20 sources
Orion, NASA's new space capsule, made another pass by the moon Monday morning. The spacecraft then passed just 80 miles (128.7 kilometers) above the lunar surface. The Artemis I mission is sending an uncrewed spacecraft on an unprecedented trip around the moon.See the Story
Warrick County · Warrick County

13 cows killed when truck overturns in Warrick County; 14 cows on the loose

100% Left coverage: 1 sources
The interstate was closed for until nearly 1 a.m. as crews worked to free or round up the cattle. 31 cows survived the crash and were transported by area farmers, but 13 cows were killed. The truck driver was transported to Ascension St. Vincent Evansville for treatment of minor injuries.See the Story

Mild stretch with rain chances in the mix

100% Left coverage: 1 sources
A potentially foggy and misty start to the morning. We have a Dense Fog Advisory in southwest Indiana and eastern Indiana through early afternoon. Clouds will hold strong through the day today with highs in the upper 40s today. A few scattered showers will move in this afternoonSee the Story
US & Canada

Stocks slide as strong data suggests Fed has more to do

Coverage: 7 sources
Dayton, Purdue and Texas A&M are out of the Las Vegas Holiday Hoops Classic at South Point Arena. Those schools had agreed to be additions to his tournament in coordination with officials from Destination Basketball. Las Vegas Invitational experienced many problems, including not having medical personnel on site.See the Story
Indianapolis · Indianapolis

67% Center coverage: 3 sources
Perry Township Schools has offered signing bonuses and other incentives to hire drivers. Now, they're considering redistricting elementary schools. Some parents just can't get on board with the plan. Next Monday, Dec. 12, the district will vote on moving this plan forward.See the Story

Topics Most Covered by WISH-TV

CNN
Suggest a source
Looking for a source we don't already have? Suggest one here.