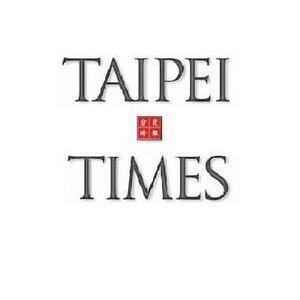 How credible is the news from Taipei Times?
High
by Ad Fontes Media and Media Bias/Fact Check
Learn more about Factuality Ratings.

36% Center coverage: 110 sources
Indonesian authorities raised the warning on Semeru volcano to the highest level on Sunday after an eruption spewed a column of ash high into the air, the country's vulcanology agency said.See the Story
Business · Beijing

44% Center coverage: 29 sources
Local authorities across China have begun a slow rollback of the restrictions that have governed daily life for years. Businesses reopened and testing requirements were relaxed in Beijing and other Chinese cities yesterday. The nation tentatively eased out of a strict zero COVID-19 policy that sparked nationwide protests.See the Story

43% Left coverage: 21 sources
Downingtown Good Neighbor Christmas, Inc. will present the Downingtown Christmas Parade this Saturday, Dec. 10, at 3 p.m. The parade route is on Lancaster Avenue (Business Route 30) and it begins in the area of Gable Avenue and travels east along a 1.5-mile stretch of Lancaster Avenue and ends at Whiteland Avenue.See the Story

Left50%
Center33%
Right17%
Blindspot
Get the weekly Blindspot report sent to your inbox and stay up to date with your bias blindspot.

Japan to defer tax hikes for defense spending until 2027

60% Left coverage: 5 sources
Japanese Prime Minister Fumio Kishida has ordered a sharp defense spending hike. The move could see his long-pacifist nation's defense budget balloon to near the levels spent by Russia. The change of direction for Japan comes after the nation was shocked by Russia's invasion of Ukraine.See the Story
Business · Taiwan

China announces an easing of virus rules after protests

100% Center coverage: 1 sources
China announced a nationwide loosening of pandemic restrictions following protests. The new rules scrap the forced quarantines for people with no symptoms or with mild cases. Lockdowns would also be scaled down and people with non-severe COVID-19 symptoms can isolate at home instead of at centralized government facilities.See the Story
Taiwan · Taiwan

No risk of talent drain in TSMC plans, minister says

100% Center coverage: 1 sources
TSMC began construction of a US$12-billion plant in Arizona about 18 months ago with the aim of having it begin commercial production in 2024 using the 5nm process. Just hours before United States President Joe Biden's visit to "First Tool-In" ceremony at the TSMC facility, TSMC announced that it had started construction of second fab in Phoenix, Arizona.See the Story
US Congress · Taiwan

US act okays US$12bn for Taiwan

100% Center coverage: 1 sources
US Congress unveils National Defense Authorization Act (NDAA) for Fiscal Year 2023. Act authorizes up to US$12 billion in grants and loans to Taiwan over the next five years. Act also recommends that Washington invite Taiwan to attend the next Rim of the Pacific Exercise in 2024.See the Story
Germany · Germany

Germany to contest Chinese claims on the Taiwan Strait

100% Center coverage: 1 sources
Bringing Taiwan to the World and the World to TaiwanSee the Story
Taiwan · Taiwan

100% Center coverage: 1 sources
The central bank is to issue 90,000 sets of commemorative coins ahead of the start of the Year of the Rabbit. Each set, to be sold for NT$1,800, consists of a one-ounce silver coin with a face value of NT$100. The obverse face of the silver coin features a gilded image of a rabbit, while the reverse side depicts the ceremony of Confucius.See the Story

Topics Most Covered by Taipei Times

Reuters
Suggest a source
Looking for a source we don't already have? Suggest one here.