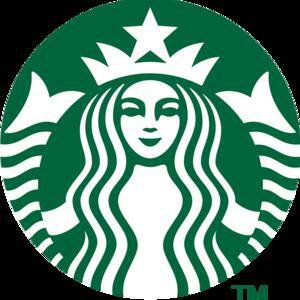 Coverage: 10 sources
A Starbucks store in Victoria, B.C., unionized with the United Steelworkers in August 2020. Since late last year, more than 250 stores south of the border have voted to unionize, according to the U.S. National Labor Relations Board. But a successful certification vote is just one step in unionizing; workers don't start paying dues until a contract is negotiated.See the Story
Protestors · Seattle

57% Center coverage: 7 sources
Starbucks has violated labor laws by refusing to recognize unionizers at a Seattle, Wash., store and must sit down for negotiations with the representatives, the National Labor Relations Board (NLRB) said Wednesday. See the Story
Starbucks · Tulsa

Coverage: 2 sources
Two men are accused of trying to purchase and fraudulently return items to Starbucks locations in three states. Antwone Washington, 30, of Far Rockaway , NY, and Dante Shirfield Isaac, 31, of Hartford, face a list of charges. A woman from Delaware reported that someone made unauthorized purchases on her credit card at a Starbucks in East Lyme.See the Story

Left43%
Center57%
Right0%
Blindspot
Get the weekly Blindspot report sent to your inbox and stay up to date with your bias blindspot.

Starbucks coffee shop has opened inside Sainsbury's supermarket. The cafe is located at Oxney Road, Parnwell. It is the latest to open as part of a partnership between the global coffee chain and the supermarket. It's seen the supermarket open almost 30 new Starbucks caf�s within stores across the UK this year.See the Story
Starbucks · New York

100% Right coverage: 1 sources
Earlier this fall, the coffee giant introduced an option to add gratuity when paying by card — and customers are roasting at the pressure to give a gratuity.See the Story
Starbucks

Less than two weeks after a strike, a Green Bay Starbucks won its union election

100% Center coverage: 1 sources
The Starbucks on Main and Auto Plaza, 2230 Main St., voted 12-8 to unionize. This is the first Starbucks in Green Bay and the most recent in Wisconsin to join the Starbucks Workers United movement. Over 300 Starbucks locations across the nation have filed for elections to be represented by Workers United.See the Story
Starbucks · Fayetteville

100% Center coverage: 1 sources
Starbucks plans to spend $450 million next year to make its North American stores more efficient and less complex. The company also said it plans to open 2,000 net new stores in the U.S. by 2025. Starbucks recently saw the best week in its 51-year history when it introduced its latest fall drinks.See the Story
Starbucks · Carbondale

Three months after voting to unionize, the workers at Carbondale’s Starbucks location on Main Street joined those at more than 100 other stores across the country in a nationwide strike on Nov. 17. The strike coincided with the company’s Red Cup Day, which is said to be one of its busiest days of the year. Ellen Cullen was one of the workers who took to the sidewalk along Main Street, holding a white sign with red letters that said “Starbucks on…See the Story
Starbucks

Illinois Reps. Jan Schakowsky and Chuy Garcia spearheaded the missive. The lawmakers asked Starbucks to clarify its new policy reimbursing workers for travel expenses related to abortions. The union campaign, Starbucks Workers United, accused the company of being deliberately unclear on whether baristas would still be eligible for travel reimbursement if their store formed a union.See the Story
Starbucks · Landmark

100% Left coverage: 1 sources
The Thunderbird drive-in opened on Winnipeg's McPhillips Street in 1961. The owner of the neighbouring property, which houses a FreshCo supermarket, wants to build a Starbucks drive-thru. Peter Ginakes claims the development will box in his 11,000-square-foot nubbin of a commercial property. He says delivery trucks won't be able to serve the restaurant without creating a traffic hazard.See the Story

c|net
Center
Suggest a source
Looking for a source we don't already have? Suggest one here.

How is the media covering Starbucks?