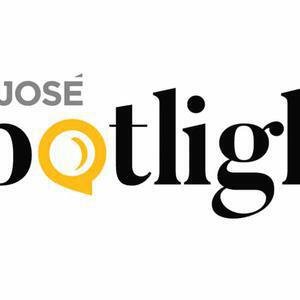 How credible is the news from San José Spotlight?
Unknown
by Ad Fontes Media and Media Bias/Fact Check
Learn more about Factuality Ratings.

86% Center coverage: 21 sources
A free Thanksgiving dinner is being served at the Rialto Theater in Aransas Pass. The dinner will be served from Noon to 3 p.m. on Thanksgiving Day. All are welcome to come to the free dinner, which will be held in the theater's parking lot.See the Story
Uber

Coverage: 2 sources
San Jose Mayor Sam Liccardo wants to mandate reporting by rideshare companies. He says it will better protect survivors of sexual assault and keep the community safe. The mayor plans to take his proposed ordinance to the council's Rules Committee Dec. 6. He expects legal pushback from the rideshares and taxi companies.See the Story
BART · San Jose

100% Center coverage: 1 sources
The VTA is seeking to take the first step in the process of creating a new way to look at the city of San Jose. The VTA has created a way for the city to look like a new city. The city is looking like a different city, with a different look.See the Story

Left44%
Center56%
Right0%
Blindspot
Get the weekly Blindspot report sent to your inbox and stay up to date with your bias blindspot.

Coverage: 12 sources
Laurie Smith found guilty on six civil counts of corruption and willful misconduct. Smith removed herself from office on Monday. She had been accused of running a scheme in which only campaign donors received gun permits from the sheriff's office. Other charges said she didn't report Sharks tickets as gifts on financial disclosure forms.See the Story
Corruption · Santa Clara County

San Jose is hoping to make it easier for the public to unearth police misconduct records. The city launched a new web portal Friday where closed misconduct case information from the city’s independent police auditor can be viewed and downloaded. It does not include records from the police department such as body-worn camera footage or police reports. San Jose has had an independent police auditor since 1993. The auditor provides oversight, colle…See the Story
San Jose, California · San Jose

Robinson: For the sake of San Jose, an appointment please - San José Spotlight

Appointing new members to the San Jose City Council is in the best interest of the city, can provide unity of government and is more in line with the reasoning of our national founders than an expensive special election. The simple facts are these: A special election will cost around $10 million of taxpayer dollars and can’t happen until May leaving Districts 8 and 10 unrepresented. We note the irony of Pat Waite, who is the leader of a group ca…See the Story
San Jose, California · San Jose

Two major high-rise towers are slated to go up catty corner from San Jose City Hall, reshaping a low-slung block with hundreds of apartments and more than half a million square feet of office space. The Icon and Echo towers from San Jose real estate firm Urban Catalyst gained unanimous approval from the San Jose City Council this week with some policymakers heaping praise on the developers. The structures will be among the tallest buildings in t…See the Story
Santa Clara County · Santa Clara County

100% Left coverage: 1 sources
Sylvia Arenas has defeated Johnny Khamis to represent the largely rural district in the county's southern edge. About 80% of the vote has been counted, according to the Registrar of Voters. A Democrat has not held the seat since 1997, when Republican Don Gage took the baton from Mike Honda.See the Story

100% Center coverage: 1 sources
One in every three San Jose police officers had some kind of complaint lodged against them in 2021. The Independent Police Auditor (IPA) reports directly to the city council and is outside the police department's chain of command. In 2021 the IPA received 333 complaints against police officers which included 1,000 allegations that officers violated procedure or the law.See the Story
Tourism · San Jose

San Jose marked it 60th vehicle fatality last month when a man crashed his car into a property on Santa Teresa Boulevard — a record high for the city. And the year isn’t over. City officials are scrambling to curb the number of traffic fatalities and plan next year to prioritize traffic safety near schools and launch a robust campaign to change driver behavior. San Jose’s streets have become increasingly dangerous. During the last decade, traffi…See the Story

abc 7 News
Suggest a source
Looking for a source we don't already have? Suggest one here.