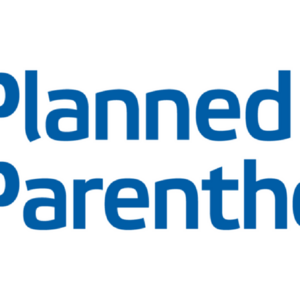 56% Center coverage: 9 sources
Admissions by Richard Royden Chamberlin, 54, are contained in a plea agreement. The drive-by BB gun attacks against the Planned Parenthood facility occurred between June 2020 and May 2021. Pasadena police stopped Chamberlin as he drove away from the clinic on May 7, 2021, and found he had eight BB guns.See the Story
Abortion · Kansas

50% Right coverage: 4 sources
Planned Parenthood Great Plains said Wednesday it is evaluating its options following the order last week. A spokesperson for Wichita clinic operator Trust Women said it hopes to resume telemedicine abortions but will move slowly. Kansas has required doctors to be physically present when a patient takes the first dose of what often is two doses of pregnancy-ending medication.See the Story

Left73%
Center27%
Right0%
Blindspot
Get the weekly Blindspot report sent to your inbox and stay up to date with your bias blindspot.

46% Center coverage: 13 sources
A man accused of intentionally setting fire to a Tennessee Planned Parenthood clinic and of firing shots later at a federal courthouse died months ago, officials announced Monday in disclosing both the man’s death and the allegations.See the Story
Abortion · Arizona

Arizona agrees not to enforce total abortion ban until 2023

60% Center coverage: 5 sources
An appeals court blocked enforcement of the old law on Oct. 7. A lower court had allowed enforcement of that law on Sept. 23, halting all abortions statewide. Planned Parenthood said services would resume statewide, including at clinics in metro Phoenix and in Flagstaff. Any decision by the court of appeals is certain to be appealed to the state Supreme Court.See the Story
US & Canada · Phoenix

67% Left coverage: 15 sources
Nicole Moore, who is Black, accused the national reproductive rights company of widespread discriminatory practices. She alleges Black employees were frequently given more work and fewer opportunities to lead, while Black-focused efforts were often under-resourced. Moore suffered an anxiety attack in October 2021 and was fired not long after she returned to work.See the Story
US & Canada · Florida

73% Left coverage: 11 sources
A 15-year-old incest victim was denied abortion care after the state’s 15-week abortion ban—which lacks exceptions for rape and incest—took effect in July, Planned Parenthood of South, East, and North Florida confirmed to BuzzFeed News on Wednesday. Laura Goodhue, vice president of public policy for the group, said the patient was forced to travel “at least two, three states away” with help from Planned Parenthood.See the Story
US & Canada · Kansas City

67% Center coverage: 36 sources
Sixty procedures will be available at mobile clinics in St Louis, Springfield and Joplin. The operations will be offered to uninsured patients by Dr Esgar Guarin. In June, the US Supreme Court voted to overturn the constitutional right to choose abortion. The controversial ruling means a woman's right to decide is now determined individually.See the Story
US & Canada · Arizona

Arizona abortions won't stop for a month while case proceeds

65% Center coverage: 20 sources
Legal abortions that restarted in Arizona this week after a court blocked enforcement of a pre-statehood ban will be able to continue for at least five weeks while an appeals court considers the case.See the Story
US & Canada · Phoenix

51% Left coverage: 51 sources
An Arizona appeals court blocked the enforcement of a nearly 150-year-old abortion ban Friday, per court documents. A three-judge panel of the Arizona Court of Appeals granted Planned Parenthood's request for an emergency stay of a Sept. 23 ruling that lifted an injunction on the state’s abortion ban, which includes a 15-week ban.See the Story

Fox News
Right
Suggest a source
Looking for a source we don't already have? Suggest one here.

How is the media covering Planned Parenthood?