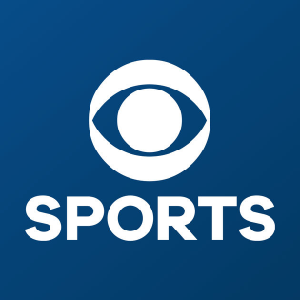 How credible is the news from CBS Sports?
High
by Ad Fontes Media and Media Bias/Fact Check
Learn more about Factuality Ratings.

65% Center coverage: 132 sources
After months of uncertainty and an absolutely hectic day of rumors and twists on Tuesday, Aaron Judge is reportedly staying in the Bronx.See the Story
US & Canada · Los Angeles

41% Center coverage: 31 sources
Belgium playmaker Eden Hazard has retired from international football at the age of 31. Hazard, who is an attacking midfielder or winger, made his Belgium debut in 2008 at the age of 17, and went on to win 126 caps, scoring 33 goals.See the Story

Left62%
Center19%
Right19%
Blindspot
Get the weekly Blindspot report sent to your inbox and stay up to date with your bias blindspot.

67% Left coverage: 3 sources
Formula E announced Wednesday that Portland, Ore. will serve as the site of Round 12 of the 2023 season. The race scheduled for June 24 was approved Wednesday at the FIA World Motor Sport Council meeting. 2023 also marks the first season of Formula E's Gen3 race car, billed as "fastest, lightest, most powerful and efficient electric race car ever built"See the Story
Trade

100% Center coverage: 2 sources
It's nine years and $360 million for JudgeSee the Story
Sports

Odell Beckham Jr. free agency: Cowboys' Micah Parsons says OBJ told him he could be ready to play in 5 weeks

100% Center coverage: 2 sources
Dallas Cowboys linebacker Micah Parsons said Odell Beckham Jr. told him he could be ready to play in five weeks. That timeline would put him on track to play on Super Wild Card Weekend, the first round of the NFL playoffs. On Tuesday, a report from the Dallas Morning News said the wideout coming off his second ACL injury won't be ready before the playoffs.See the Story
NFL

100% Center coverage: 4 sources
Davis Mills will return to the starting lineup for the Houston Texans. He was benched in favor of Kyle Allen the past two games. The Texans are 1-10-1 and face the Dallas Cowboys on Sunday. Mills has completed 61.9 percent of his passes for 2,144 yards.See the Story
MLB

100% Center coverage: 2 sources
Willson Contreras has agreed to a five-year deal with the Cardinals, a source says. The deal is worth $87.5 million, according to MLB.com's Mark Feinsand. The 30-year-old was named to his third career All-Star team this season.See the Story
Sports

Why Pacers won't have trouble covering vs. Timberwolves, plus other best bets for Wednesday

100% Center coverage: 1 sources
The Indiana Pacers take on the Minnesota Timberwolves on Wednesday night. The Timberwolves have been one of the worst defensive teams in the NBA this season. The Pacers have won three of their last four games against a team with a winning record. Minnesota has lost three of its last four against teams with a losing record.See the Story
Baseball

Topics Most Covered by CBS Sports

NBC Sports
Suggest a source
Looking for a source we don't already have? Suggest one here.