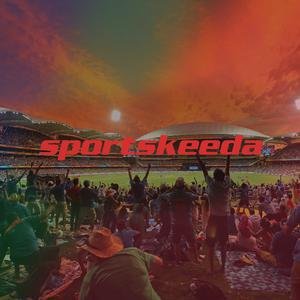 How credible is the news from Sportskeeda?
Unknown
by Ad Fontes Media and Media Bias/Fact Check
Learn more about Factuality Ratings.

Coverage: 7 sources
Jaydev Unadkat and Ruturaj Gaikwad will lock horns in the Vijay Hazare Trophy final on Friday in a bid to stamp their supremacy in the format. Saurashtra will be playing in its third final and will be chasing its second title after Jaydev Shah's men had defeated Bengal in a low-scoring final in 2007-08. Maharashtra will be hoping to make its maiden final a memorable one.See the Story
LeBron James

57% Left coverage: 7 sources
Lakers star LeBron James questioned a call during a postgame news conference Wednesday. James asked why he had received no questions about a controversial 1957 photo of Dallas Cowboys owner Jerry Jones. In the recently surfaced photo, Jones appears among a group of white teenagers at North Little Rock High School in Arkansas.See the Story
Soccer · Portugal

50% Left coverage: 4 sources
Ronaldo did not take part in Portugal training ahead of their Group H clash with South Korea. The 37-year-old worked on an individual plan that is according to Marca. Portugal have already qualified for the last 16 but need a point in their final group game against South Korea to top the group.See the Story

Left73%
Center27%
Right0%
Blindspot
Get the weekly Blindspot report sent to your inbox and stay up to date with your bias blindspot.

Jon Jones is rumored to be returning to the octagon sometime in 2023 after more than two years on the sidelines. 'Bones' has taken time away from the sport to adequately prepare for his move from light heavyweight to heavyweight. A return bout with UFC heavyweight champion Francis Ngannou or former champion Stipe Miocic has been rumored. Ali Abdelaziz, the Dominance MMA CEO believes that MiocIC's best years are behind him.See the Story

“Dennis Scott made me, I was a 19-year-old kid who didn't know nothing” – Shaquille O'Neal on Dennis Scott's induction to Orlando Magic Hall of Fame & relations with him

The Orlando Magic announced that Dennis Scott would be the 12th player of the organization to be inducted into their Hall of Fame. Scott spent seven seasons in Orlando as a key sharp-shooter for the squad. He also played a big part in their Finals run with Shaquille O'Neal.See the Story
Cricket · India

Former Indian cricketer Laxman Sivaramakrishnan believes leg-spinner Yuzvendra Chahal's initial success on the international stage had a lot to do with his bond with Virat Kohli. The duo played together for the Men in Blue as well as for the Royal Challengers Bangalore (RCB) in the Indian Premier League. As RCB's skipper, Kohli often helped bring the best out of ChahAl.See the Story
Cricket · India

Laxman Sivaramakrishnan says he may not stick with Yuzvendra Chahal for the ODI World Cup in India next year. The former Indian cricketer feels in one-day cricket, one needs those spinners who can turn the ball big and ChAHal isn't one of them. Sivarramak Krishnan also spoke about all-rounder Washington Sundar and how he can be an incredible asset for India.See the Story
Cricket

"He struggles to bowl to left-handers; don't think anyone is helping him"- Former Indian cricketer on Ravindra Jadeja

Former Indian cricketer Laxman Sivaramakrishnan feels Ravindra Jadeja doesn't bowl well against left-handers in white-ball cricket. The former leg-spinner is an astute reader of the game and has followed Jadeja's career for a long time, thereby making some interesting observations. Jadeja has improved his batting tremendously and his fielding has always been electric.See the Story
Cricket

I will leave him out of white-ball team; tell him to go and play Ranji Trophy: Former India cricketer on Rishabh Pant

Laxman Sivaramakrishnan says Rishabh Pant should be given a break from white-ball cricket. The former Indian leg-spinner believes Pant is trying too hard to find form. He believes no batter can get back to his best by trying to play rash shots.See the Story

What happened with Braun Strowman, Liv Morgan, and others after WWE SmackDown went off the air?

Fans have been quick to point out an inconsistency during the House of Black's appearance during AEW Rampage. The main event featured a lumberjack match between QT Marshall and Orange Cassidy for the latter's AEW All-Atlantic Championship. Then all hell broke loose ringside as the lumberjacks engaged in a brawl.See the Story

Topics Most Covered by Sportskeeda

Times of India
Suggest a source
Looking for a source we don't already have? Suggest one here.