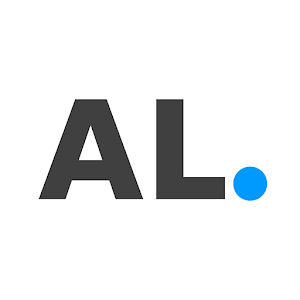 How credible is the news from Argus Leader?
High
by Ad Fontes Media and Media Bias/Fact Check
Learn more about Factuality Ratings.

41% Right coverage: 42 sources
South Dakota Gov. Kristi Noem on Tuesday issued an executive order banning state employees and contractors from accessing the video platform TikTok on state-owned devices, citing its ties to China. TikTok is owned by ByteDance, a Chinese company that moved its headquarters to Singapore in 2020. It has been targeted by Republicans who say the Chinese government could access its user data like browsing history and location. U.S. armed forces also have prohibited the app on military devices.See the Story
Twitter · Washington

Pence pushes back on Trump’s call to terminate the Constitution

57% Left coverage: 40 sources
Former President Donald Trump suggested that parts of the U.S. Constitution should face "termination" His comments came in response to a report that showed Twitter employees deliberating in October 2020 about how to handle a New York Post article. Trump also called again for a redo of the 2020 election, renewing his false claim to have won.See the Story
Murder · Sioux Falls

Coverage: 2 sources
A fourth person has been arrested and charged in connection to the August death of Paul Billion. Billion, 36, was found dead inside a home in the 1300 block of South Duluth Avenue. Gbo Wesfort Yuoh, 19, from Sioux Falls, was charged with first-degree murder, burglary and grand theft. Thomas Tarley and Soteemon Poley, 18, were also charged.See the Story

Left50%
Center43%
Right7%
Blindspot
Get the weekly Blindspot report sent to your inbox and stay up to date with your bias blindspot.

Want to read Gov. Kristi Noem's budget address verbatim? We have it for you.

100% Center coverage: 1 sources
Gov. Kristi Noem will deliver the 2022 budget address as she wraps up her first term. Her inauguration will be shortly before the start of the next legislative session in January. She'll discuss, "South Dakota's best economy in America and continued record revenues" Noem: "We have made South Dakota the strongest state in America"See the Story
Kristi Noem

Live at 1 p.m.: What Gov. Kristi Noem is proposing in her latest budget address

100% Center coverage: 1 sources
Gov. Kristi Noem will deliver the 2022 budget address as she wraps up her first term. The address will set the Governor's Office's priorities for the remainder of the 2023 fiscal year and for the upcoming 2024 fiscal year. Inflation has been at a 40-year high of near 8%.See the Story
Lyman County · Lyman County

57% Center coverage: 7 sources
State lawmakers met Friday and into the weekend to vote for leaders in the House and the Senate. Senate GOP members met Friday night and announced that Casey Crabtree was elected to be majority leader. Reynold Nesiba, of Sioux Falls, was elected as minority leader Saturday. House Republicans have not announced leadership positions and their nomination for Speaker.See the Story
US & Canada · South Dakota

50% Left coverage: 14 sources
South Dakota on Tuesday became the seventh GOP-led state to expand Medicaid coverage by ballot initiative. More than 42,000 additional people stand to gain coverage, according to state estimates. The measure was passing with 56.2 percent support and 43.8 percent in opposition with 97 percent of precincts reporting, according to the Associated Press. See the Story
US & Canada · Maryland

53% Center coverage: 86 sources
Missouri voters have approved a ballot measures legalizing recreational marijuana for adults 21 and older and expunging most records of past arrests and convictionsSee the Story
Murder

49% Center coverage: 8 sources
Charice Marie Admire, 53, died after Gerri Lynn Jensen, 35, set a fire in an apartment hallway at about 6:30 p.m. July 17. Both Admire and Jensen were flown to Minneapolis to be treated for their injuries. Jensen wasn't formally charged, because she was still being treated at the hospital.See the Story
US & Canada

34% Center coverage: 6 sources
Joel Matthew Koskan, 44, faces a felony child abuse charge. Koskan exposed the now 20-year-old victim to "sexual grooming behaviors," according to court documents. The probable cause statement for Koskan has been sealed by order of the South Dakota Office of the Attorney General.See the Story

Topics Most Covered by Argus Leader

The Daily Republic
Suggest a source
Looking for a source we don't already have? Suggest one here.