News from The Daily Republic 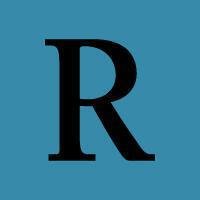 How credible is the news from The Daily Republic?
High
by Ad Fontes Media and Media Bias/Fact Check
Learn more about Factuality Ratings.

67% Right coverage: 3 sources
Jason Shields, 40, was indicted on Nov. 17 in Charles Mix County on charges relating to threatening a constitutional officer and threatening a judicial officer. On Oct. 23, Shields allegedly sent a one-paged fax to a television station with the subject line "Kristen Noem" It was also forwarded to law enforcement.See the Story
Sioux Falls · Sioux Falls

100% Right coverage: 1 sources
Voters in South Dakota rejected an adult-use cannabis measure on Nov. 8. The measure would have required a two-year minimum wait before adult use can be regulated. Some of the 96 registered dispensaries and dozens of cultivation centers in the state have changed. Some investors are already cutting their investments back.See the Story

100% Right coverage: 1 sources
South Dakota State football begins its playoff quest for a national championship on Saturday. The team it defeated 18 months ago in the same venue during the spring NCAA FCS playoffs. Delaware won the first matchup in 2010 during the regular season, while SDSU won the FCS semifinal contest on May 8, 2021, in Brookings.See the Story

47% Right coverage: 15 sources
Polls in South Dakota are open on Election Day 2022 from 7 a.m. to 7 p.m local time. KELOLAND News will have reporters out covering polling places, auditor's offices and candidate gatherings throughout the day. Find the latest coverage on statewide races and ballot issue topics in the links below.See the Story
US & Canada · Maryland

52% Center coverage: 86 sources
Missouri voters have approved a ballot measures legalizing recreational marijuana for adults 21 and older and expunging most records of past arrests and convictionsSee the Story
US & Canada · South Dakota

50% Center coverage: 4 sources
Wollman was the 26th governor of South Dakota and served from 1978 to 1979. He was the last Democrat to serve in the Governor's Mansion. He served in the U.S. Army and was stationed in Frankfurt, Germany for two years. Wollman returned to his family farm and continued to farm with his wife.See the Story
US & Canada · Sioux Falls

75% Center coverage: 4 sources
The facility in northwest Sioux Falls will open in a few weeks. Amazon has been cancelling or delaying the openings of dozens of fulfillment centers across the country. Amazon is currently hiring for various positions at the facility with a starting pay of at least $15.50/hour and benefits.See the Story
US & Canada · Sioux Falls

67% Center coverage: 3 sources
POET has donated more than $1 million in support of the ballot question that would ban new slaughterhouses within city limits if voters approve it next week.POET's massive donation of $1,080,950 to Smart Growth Sioux Falls far outweighs any of the previous donations on either side of the issue.See the Story
US & Canada · South Dakota

67% Right coverage: 3 sources
Federal authorities cite the lawsuit stems from an email chain in which Connie Uhre allegedly told various hotel owners and managers in Rapid City that she doesn't want to allow Native Americans on property belonging to her. Connie allegedly posted to Facebook that Native Americans would no longer be welcome to the hotel or sports bar.See the Story
Inflation · South Dakota

67% Center coverage: 3 sources
Eight Republicans are calling for a special session ahead of the Nov. 8 election to get lawmakers to vote on repealing the state sales tax on groceries. Gov. Kristi Noem made the announcement during the last week of September, saying that if reelected, she would push legislators to repeal the tax during the 2023 session.See the Story

100% Center coverage: 2 sources
The complaint was sent to the AG's Office in August by the Government Accountability Board. Attorney General Mark Vargo was appointed to the highest law enforcement position in South Dakota by Gov. Kristi Noem in June. The decision comes the same day as the GAB released its findings into another complaint involving Noem.See the Story

Topics Most Covered by The Daily Republic