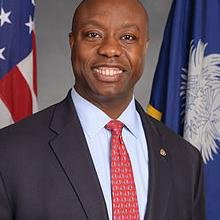 How is the media covering Tim Scott? 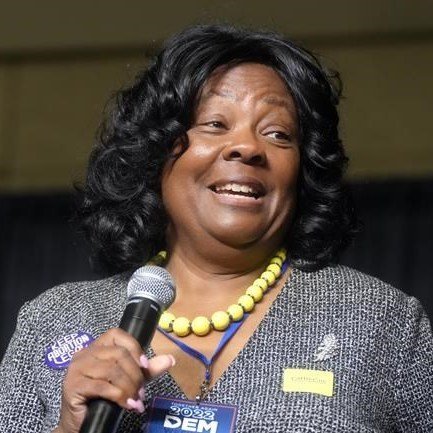 91% Right coverage: 11 sources
Weiss recalled a discussion among senior Times editors over an op-ed submitted by GOP Sen. Tim Scott in the aftermath of the May 2020 police-involved slaying of George Floyd.See the Story 34% Center coverage: 9 sources
The publisher of a new memoir from U.S. Sen. Tim Scott (R-S.C.) has acknowledged that editors erroneously slipped into the book's copyright page two sentences that claimed Scott was seeking a presidential bid in 2024. Thomas Nelson, a subsidiary of publishing giant HarperCollins, said in a statement to the Post and Courier that editors made the error entirely on their own, without any involvement from Scott. Scott's memoir, America, a Redemption Story, is set for publication on August 9.See the Story Tim Scott on Mar-a-Lago search: We should ‘let it play out’

50% Left coverage: 4 sources
Sen. Tim Scott (R-S.C.) cautioned against rushing to judgment on Tuesday following the FBI raid of former President Trump's Mar-a-Lago residence. Scott noted that FBI Director Christopher Wray testified before the Senate Judiciary Committee last week, when many Republican lawmakers critiqued the bureau for what they viewed as a political bias in the agency.See the Story 67% Left coverage: 3 sources
Sen. Tim Scott (R-SC), up for reelection this year and considered a potential 2024 presidential candidate, is running direct-to-camera television ads in Nevada and in Georgia at a cost of nearly $2 million to boost his party’s candidates for Senate in those closely-watched races, Politico reports.See the Story

75% Center coverage: 4 sources
Catherine Fleming Bruce and state Rep. Krystle Matthews finished first and second in a June 14 Democratic primary that was fairly evenly divided among the three contenders, all Black women. The winner of Tuesday's runoff will face Scott. The rising GOP star and sole Black Republican in the Senate has raised $44 million for his reelection.See the Story

34% Center coverage: 3 sources
South Carolina's Republican U.S. senators applauded House Speaker Nancy Pelosi's trip to Taiwan. Pelosi's visit to Taiwan is especially delicate and has increased tensions between the United States and China. China views visits to Taiwan by any foreign government officials as a recognition of the island's sovereignty.See the Story

67% Right coverage: 2 sources
I should start this off by saying I have never been a fan of Tim Scott. Actually, I can’t stand the guy. I have always thought he was an establishment NeverTrumper, who was about as “America First” as Liz Cheney or Mitt Romney are. They cut Scott from the exact same cloth as Paul Ryan. He’s not a fighter. He’s a weak, “that’s not who we are” old-school RINO. So, it doesn’t surprise me that he went on CBS as the so-called “Republican voice” and c…See the Story

100% Center coverage: 1 sources
Tim Scott's memoir is now on top of Amazon's best-seller list for state and local governments. In the memoir, Scott recalls important events from his life with stories of other people who have risen above hardship and embodied the values that make our nation great. Scott said he has a good relationship with Donald Trump, and he devoted two chapters of his memoir to the former president.See the Story