News from The Press 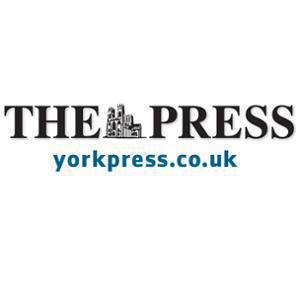 How credible is the news from The Press?
Unknown
by Ad Fontes Media and Media Bias/Fact Check
Learn more about Factuality Ratings.

Does The Press lean left or right?
Learn more about Media Bias Ratings.

36% Right coverage: 70 sources
A man has been arrested after an egg was allegedly thrown in the direction of the King during a walkabout in Luton. See the Story
Europe · London

More than 10,000 ambulance workers in England and Wales to strike on two days in December

40% Right coverage: 15 sources
More than 10,000 ambulance workers across nine trusts in England and Wales will strike on 21 and 28 December, the GMB union has confirmed.See the Story
Europe · London

46% Left coverage: 11 sources
A 28-year-old man has been charged with a public order offence after an egg was allegedly thrown at the King.See the Story

100% Center coverage: 1 sources
Walkway would be created along the River Ouse behind shops on Coney Street. New shops, restaurants and student accommodation will be created. Developers said it was a "once-in-a-lifetime opportunity" to regenerate the area. They said the project was the "realisation" of plans first outlined in a report more than 50 years ago.See the Story

Barley Hall gets in the Christmas spirit

Ewan Loughlan suffered fatal head injuries when he jumped off a balcony. The 19-year-old was arrested after his car collided with a lamppost. He was taken to York Hospital and then taken into police custody. Coroner Jonathan Leach said he was satisfied Ewan had taken his own life.See the Story
York, United Kingdom · York

Two women in their 30s assaulted outside Waterstones in York city centre. North Yorkshire Police said a 15-year-old girl had been arrested on suspicion of assault and resisting arrest. A second girl, 15, was also arrested and both girls were interviewed and released under investigation.See the Story
York, United Kingdom · York

First York has announced that it is planning to withdraw the number 12 / 12A service entirely from January 22. The number 12 already receives a subsidy from City of York Council. Despite this, First York says it is experiencing significant driver shortages and has submitted notification it intends to withdraw it. Local Lib Dem councillors and fellow campaigners are opposing the cuts and have launched a petition.See the Story
Bradford, England · Bradford

Steve Barclay said checks within the Department of Health had not revealed an issue with supply of the medicines. National Pharmacy Association said there were “blips” in the supply chain of liquid penicillin, which is often given to children. Government statement came as a Bradford primary school postponed a number of events after Strep A was confirmed. To date, at least nine children across the UK have died from complications caused by the Strep A infection.See the Story
Europe · North Yorkshire

67% Center coverage: 3 sources
Private Joshua Kennington died at the Catterick Garrison in North Yorkshire. Mr Kennington was a member of 24 squadron, 5 medical regiment, in the Royal Logistic Corps. His family said: "Tragically taken from us far too soon, much loved by family and friends"See the Story

Topics Most Covered by The Press

Telegraph & Argus
Suggest a source
Looking for a source we don't already have? Suggest one here.