News from The Oregonian 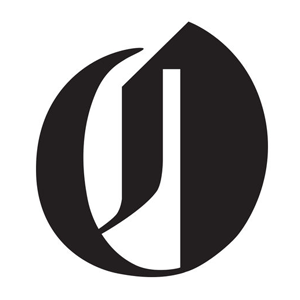 How credible is the news from The Oregonian?
High
by Ad Fontes Media and Media Bias/Fact Check
Learn more about Factuality Ratings.

53% Center coverage: 144 sources
Lawmakers are reluctantly intervening in a labor dispute to stop what would surely be a devastating blow to the nation's economy if the transportation of fuel, food and other critical goods was disrupted. Business groups including the U.S. Chamber of Commerce and the American Farm Bureau Federation have warned that halting rail service would cause a $2 billion per day hit to the economy.See the Story
Business · Washington

No. 4 USC falls to Utah in Pac-12 , damaging playoff hopes

57% Center coverage: 21 sources
No. 12 Utah pounded a limping, bloodied Caleb Williams and roared past No. 4 Southern California 47-24 on Friday night to win the Pac-12 Championship and put USC’s College Football Playoff hopes in doubt.See the Story

Left39%
Center61%
Right0%
Blindspot
Get the weekly Blindspot report sent to your inbox and stay up to date with your bias blindspot.

62% Center coverage: 8 sources
The University of Hawaii women's volleyball team was eliminated by LSU in the first round of the NCAA Tournament. Hawaii's 2022 season ends at 22-7 overall, with its 12-match winning streak coming to an end on Friday. Meanwhile, LSU improves to 16-13 and will face the winner of the nightcap between Pepperdine and regional host Stanford.See the Story
Portland, Oregon · Portland

100% Center coverage: 1 sources
Amy: A woman should tell her new boyfriend about the sexual abuse she suffered as a child. Another reader wonders when it's too late to send a letter of condolence after a death in the family. Amy: I hope your testimony will inspire people to reach out to those who grieve no matter how much time has passed.See the Story

100% Center coverage: 1 sources
My mother has befriended a similarly aged widower in her assisted living facility. His daughters are upset about their friendship, and she feels badly about it. I've told her she needs to give his daughters time to wrap their minds around their friendship. Reaching out to them isn't a bad idea, if you think it may calm the situation.See the Story

100% Center coverage: 1 sources
Gary Payton II's No. 1 jersey number is retired by the Salt Lake Community College Bruins. Payton attended SLCC in order to get his grades up to qualify for a Division I scholarship. He helped lead the Bruins to two successful seasons before moving on to Oregon State. The Blazers are in Utah to play the Jazz at 6 p.m., Saturday.See the Story
Rallies · Utah

45% Center coverage: 9 sources
Utah won the first meeting by a point on Oct. 15, and the Utes have experience on this stage as the reigning Pac-12 champions. The Utes can do it again as they take on a USC team that remains shaky defensively and overly reliant on an uncanny ability to force turnovers.See the Story

Ask Amy: Abuse survivor’s questions linger even as an adult

60% Center coverage: 5 sources
My parents divorced when I was seven, after my mother had an affair with one of my father's employees. He was much younger and a registered sex offender, but my mother moved him into our house immediately. My mother was the queen of decorating for the holidays.See the Story
Landmark · Landmark

Coverage: 2 sources
The buyer is a fan of the classic coming-of-age movie about friendships and treasure hunting. The deal is expected to close in mid January. The buyer teases in a Q&A that he wants their help rebuilding the front gate. The 1885 house may be occupied by a childhood friend of the new owner.See the Story
Portland, Oregon · Portland

100% Center coverage: 2 sources
Two 15-year-olds were arrested on suspicion of stealing a woman’s purse and then stabbing a man who chased after them Thursday night in Northeast Portland’s Hazelwood neighborhood, police said.See the Story

Topics Most Covered by The Oregonian

USA Today
Suggest a source
Looking for a source we don't already have? Suggest one here.