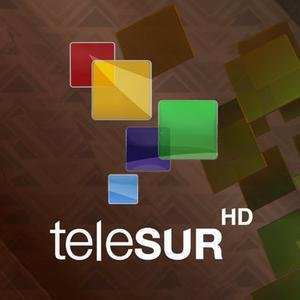 How credible is the news from Telesur?
Mixed
by Ad Fontes Media and Media Bias/Fact Check
Learn more about Factuality Ratings.

43% Left coverage: 63 sources
Al Jazeera on Tuesday said it filed a lawsuit at the International Criminal Court against Israeli forces over the killing of Palestinian journalist Shireen Abu Akleh, who was shot during an Israeli raid in the West Bank in May.See the Story
Soccer · Doha

47% Center coverage: 40 sources
Neymar scored a goal in his return from injury and Brazil beat South Korea 4-1 to advance to the quarterfinals of the World Cup on Monday.See the Story
Traffic Accident · Bogota

Dozens killed as mudslide swallows their bus in Colombia

40% Left coverage: 40 sources
A landslide on a road in the province of Risaralda in western Colombia has killed at least 27 people, the country's president has announced. See the Story

Palestinians: At least 4 killed in Israeli raid in West Bank

Left49%
Center32%
Right19%
Blindspot
Get the weekly Blindspot report sent to your inbox and stay up to date with your bias blindspot.

100% Left coverage: 1 sources
Peru's Congress approved on Wednesday the vacancy of President Pedro Castillo for "moral incapacity" after the president declared earlier the dissolution of the parliament amid the political crisis that the country is going through. The Vice President of the Republic, Dina Boluarte, will be in charge of the Executive after being sworn in by the parliament at 15H00 local time. She will be the first woman to assume this position in 200 years of th…See the Story
Americas

President Castillo Installs a 'Government of Exception' in Peru

100% Left coverage: 1 sources
On Wednesday, President Pedro Castillo decreed the temporary dissolution of Congress and established an "Emergency Government" that will rule Peru in the coming months while the judiciary and electoral powers are restructured.  RELATED: Peru: Access to Beaches Restriction Due to H5N1 Avian Flu This came just hours before Peruvian lawmakers were expected to debate a new impeachment motion against him, which could have immediately removed him f…See the Story
Andrew Holness

67% Left coverage: 3 sources
A widespread state of emergency has been declared across Jamaica to fight violent crime. The State of Emergency (SOE) will be enforced in nine of Jamaica's 14 parishes. Jamaica has one of the highest murder rates in the Carribean (per 100,000 people)See the Story
Influencers

Latin American Women Among the World's Most Influential People

100% Left coverage: 1 sources
Latin American politicians, activists, artists and athletes are among the 100 most influential women in the world in 2002, according to a list compiled by the British public channel BBC. RELATED: Three Women Appointed as New Ministers in Argentina In the field of sports, the Venezuelan athlete Yulimar Rojas was recognized for her defense of the rights of the LGTB+ community and Honduran Sandy Cabrera, a reproductive rights defender  who has l…See the Story
Americas

100% Left coverage: 2 sources
On Tuesday, the Federal Oral Court 2 sentenced Vice President Cristina Fernandez-Kirchner to 6 years in prison and perpetual disqualification from holding public office for the crime of fraudulent administration of public funds in the concession of road works. RELATED: “An Innocent Person Has Been Condemned” - Argentine President Since 2019, the leftist leader had denounced that the accusations against her were part of a lawfare aimed at remo…See the Story
Americas

100% Left coverage: 1 sources
On Monday, Wilson Alves de Souza, judge of the Federal Regional Court of the First Region, provisionally suspended the tender through which the Brazilian army intended to acquire 98 Centauro II armored vehicles for US$946 million. RELATED: 17 Municipalities in Emergency Due to Heavy Rains in Brazil The judge argued that the purchase of war equipment is not a priority for a country that is not at war or has imminent threats to its national sec…See the Story
Americas

100% Left coverage: 1 sources
The National Institute of Sports, Physical Education and Recreation (INDER) announced on Monday the inclusion of women in the practice of boxing on the island, with a view to freeing them from discrimination or exclusion in this field. RELATED: Diaz-Canel Thanks Saint Vincent & The Grenadines' Solidarity From the auditorium of the Havana Sports City Coliseum, INDER vice-president Ariel Sainz Rodríguez and the Cuban Boxing Federation president…See the Story
Americas · São Paulo

Topics Most Covered by Telesur