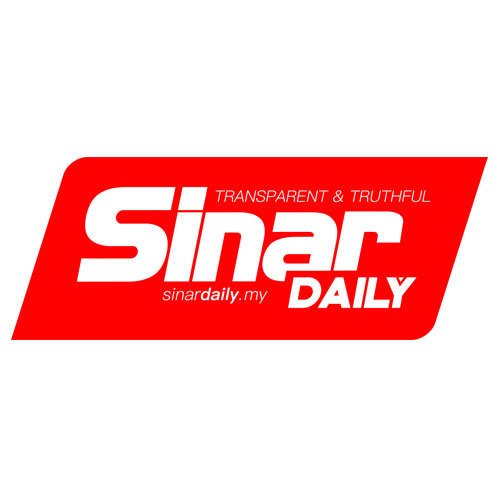 How credible is the news from Sinar Daily?
Unknown
by Ad Fontes Media and Media Bias/Fact Check
Learn more about Factuality Ratings.

45% Center coverage: 232 sources
Elon Musk has suspended Kanye West's (aka Ye) Twitter account after the latter posted anti-semantic tweets and violated the platform's rules. West tweeted a picture of a Nazi Swastika merged with the Star of David. West has been the center of the news coverage since last night after appearing on Alex Jones' Infowars.See the Story
Motorsport · Beijing

Coverage: 47 sources
The Chinese Grand Prix that was due to take place next year has been cancelled.See the Story
Soccer · Doha

Morocco cruise into knockout stage with 2-1 over Canada

36% Right coverage: 36 sources
An impassioned Moroccan team clinched a spot in the last 16 of the World Cup for the first time since 1986 by defeating the already-eliminated Canadians 2-1 on Thursday, mercilessly capitalising on their opponents blunders.See the Story

Left50%
Center33%
Right17%
Blindspot
Get the weekly Blindspot report sent to your inbox and stay up to date with your bias blindspot.

100% Right coverage: 1 sources
A newborn baby girl was found abandoned in a brown coloured box at the entrance of an orchard in Jemaluang here this morning. Mersing district police chief Supt Cyril Edward Nuing said the baby, who had her umbilical cord still attached, was placed in the box lined with a curtain. The baby is reported to be in a stable condition.See the Story
Kuala Lumpur · Kuala Lumpur

Tengku Datuk Seri Zafrul Abdul Aziz sworn in as Minister of International Trade and Industry. He pledged to ensure Malaysia to continue to be an important destination for investment. He said he would have a discussion at the cabinet level on the Comprehensive and Progressive Agreement for Trans-Pacific Partnership (CPTPP)See the Story
Kulim · Kulim

100% Right coverage: 1 sources
A total of 74 personnel and police officers began casting their ballots at 8 am today. Kedah police chief, Datuk Wan Hassan Wan Ahmad said the total number of voters at the early voting station should have been 76 but two did not turn up. Election Commission (EC) has set the GE15 voting day for the Padang Serai parliamentary seat to be postponed on Dec 7.See the Story
Datuk Seri Anwar Ibrahim

100% Right coverage: 2 sources
Damansara MP Gobind Singh Deo reveals that Prime Minister Datuk Seri Anwar asks him to be a part of the Pakatan Harapan unity Ccbinet. Gobind said since the list of ministers was announced by Anwar yesterday, many people have asked why he was not included.See the Story

Two DPMs, 25 ministers all sworn in before Agong today

100% Right coverage: 1 sources
Two deputy prime ministers and 25 members of Cabinet were sworn in before the Yang di-Pertuan Agong Al-Sultan Abdullah Ri'ayatuddin Al-Mustafa Billah Shah at Istana Negara today. Also present at the presentation of Instruments of Appointment and the taking of the Oath of Office, Loyalty and Secrecy to the new Cabinet line-up was Raja Permaisuri Agong Tunku Hajah Azizah Aminah Maimunah Iskandariah.See the Story
Kuala Lumpur · Kuala Lumpur

Datuk Dr Mohd Na'im Mokhtar is the first Chief Syariah Judge to be appointed to a post in the country's Cabinet line-up. The 55-year-old assumed the position effective today after taking the oath of office as Dewan Negara senator. He holds a degree in law from the International Islamic University of Malaysia (IIUM)See the Story
Datuk Seri Anwar Ibrahim · Kuala Lumpur

Appointment as Defence Minister a career leap for Tok Mat

100% Right coverage: 1 sources
Datuk Seri Mohamad Hasan is seen as a career leap for the 66-year-old politician. He has an extensive experience in the economy and state administration. The Umno deputy president also contested for a parliamentary seat for the first time at the 15th General Election last month.See the Story
Sarawak · Sarawak

100% Right coverage: 1 sources
Fadillah Yusof is the first Malaysian from Sarawak, one of the Borneo states in Malaysia, ever appointed as Deputy Prime Minister. He is the son of the late Yusof Merais, the man who fought side by side with Rosli Dhoby in resisting Sarawack's surrender to the British in 1946.See the Story

Topics Most Covered by Sinar Daily

Malay Mail
Suggest a source
Looking for a source we don't already have? Suggest one here.