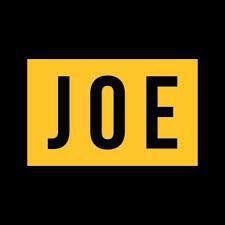 How credible is the news from Joe.co.uk?
Mixed
by Ad Fontes Media and Media Bias/Fact Check
Learn more about Factuality Ratings.

Vladimir Putin 'has fallen down stairs at official residence'

64% Right coverage: 22 sources
Russian President Vladimir Putin fell down the stairs and soiled himself this week amid mounting speculation that his health is declining, an anti-Kremlin Telegram channel with apparent links to his security team reported. See the Story
US & Canada · Los Angeles

45% Left coverage: 20 sources
Mel B didn’t shy away from sharing her true feelings about James Corden and Jessie J as she branded them the ‘biggest d*ckheads’ in the biz.See the Story
Europe · London

62% Left coverage: 13 sources
An interview with England fans took a surprising turn after Sunday’s victory at the Qatar World Cup. See the Story

Left75%
Center0%
Right25%
Blindspot
Get the weekly Blindspot report sent to your inbox and stay up to date with your bias blindspot.

34% Center coverage: 3 sources
Adam White has been overwhelmed by the more than £170,000 that has been donated so far.See the Story

Joe Rogan suspects Conor McGregor is on PEDs: 'Looks like his piss would melt that USADA cup'

100% Left coverage: 2 sources
UFC color commentator Joe Rogan reacted to Conor McGregor's curious tweets on USADA that he eventually deleted. Rogan invited a popular bodybuilder and PED expert as a guest on his podcast, where they both stated how the Irishman clearly doesn't pass the eye test now that he left the USADA testing pool.See the Story
Europe · Glastonbury

37% Left coverage: 54 sources
Elton John has announced that his last ever UK show will take place at next year’s Glastonbury festival. In the event’s first act to be revealed, John will perform on the Pyramid Stage on Sunday 25 June, closing out the main stage with only his second-ever appearance at a UK festival.See the Story
US & Canada · Oklahoma

The Rock rights his wrong at Hawaii 7-Eleven store

62% Center coverage: 78 sources
The Rock is paying it back in more than one way. Recently, Dwayne Johnson visited his childhood 7-Eleven store to pay back what he took years ago. See the Story
Europe · Los Angeles

57% Center coverage: 183 sources
Clarence Gilyard was a film and theatre professor at the University of Nevada, Las Vegas, but still active in Hollywood, with recent roles in Christmas On The Coast and The Perfect Race - as well as a recreation of his Die Hard character alongside Bruce Willis's John McClane. See the Story
Europe · Doha

England draw 0-0 with USA at the World Cup

60% Center coverage: 186 sources
England were held to a goalless draw with USA in their second group stage match of the World Cup. The Three Lions opened their World Cup campaign with a resounding 6-2 win over Iran on Monday. But they were unable to collect all three points against USA, drawing 0-0 the Al Bayt Stadium on Friday.See the Story

Topics Most Covered by Joe.co.uk

Daily Star
Suggest a source
Looking for a source we don't already have? Suggest one here.