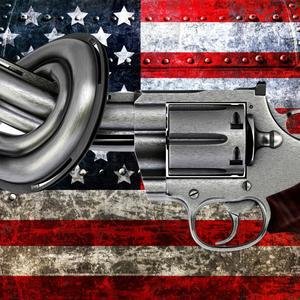 66% Center coverage: 55 sources
The U.S. gun death rate last year hit its highest mark in nearly three decades, and the rate among women has been growing faster than that of men, according to study published Tuesday. See the Story
Gun Laws · California

52% Center coverage: 29 sources
California's Department of Justice mistakenly posted the names, addresses and birthdays of nearly 200,000 gun owners on the internet because officials didn't follow policies or understand how to operate their website, according to an investigation released Wednesday.See the Story
US & Canada · Portland

73% Center coverage: 19 sources
Midterm voters in Oregon narrowly passed one of the toughest gun control laws in the nation, buoying the hopes of gun control supporters, but the new permit-to-purchase mandate and ban on high-capacity magazines now faces a lawsuit that could put it on ice just days before it's set to take effect.A federal judge in Portland will hear oral arguments Friday on whether Measure 114, which is scheduled to go into law Dec. 8, violates Americans' const…See the Story

Six million Americans carried guns daily in 2019, twice as many as in 2015

Left60%
Center30%
Right10%
Blindspot
Get the weekly Blindspot report sent to your inbox and stay up to date with your bias blindspot.

Carey Price’s stance on gun control sparks backlash: ‘I am not a criminal’

100% Left coverage: 1 sources
Carey Price wrote in an Instagram post that he is not a criminal or a threat to society. The post went up just a few days before the 33rd anniversary of the Polytechnique massacre. A lone man entered the school on Dec. 6, 1989, and fatally shot 14 women. Critics disagree with Price's comment and defend the gun control bill.See the Story
Justin Trudeau

100% Left coverage: 1 sources
Letters submitted by BDN readers are verified by BDN Opinion Page staff. Send your letters to letters@bangordailynews.com. How many more mass shootings must we endure before we put more restrictions on guns, especially assault weapons? According to the Nov. 25 BDN article on shootings, “the U.S. has now had 40 mass killings so far in 2022.” It is time to take some action on gun control. Inez Toothaker NewburghSee the Story
Business · Oregon

100% Right coverage: 1 sources
Firearm enthusiasts in Oregon are flocking to gun stores as they wait to find out whether a federal judge will delay the start of a strict permit-to-purchase law before Thursday's deadline.See the Story
US & Canada · Chicago

Chicago police offer to pay people to surrender their guns

67% Center coverage: 3 sources
The event, held at Saint Ida Church in Chicago’s Edgewater neighborhood on Saturday, gave residents a $100 prepaid gift card for each gun they turned in and $10 for BB-guns, air-guns, and replica guns, WFLD-TV reported. See the Story
US & Canada · Ottawa

How Bill C-21 turned from banning handguns to hunting guns

100% Left coverage: 1 sources
Confusion was on the agenda at a parliamentary committee last week after the Liberal government brought in last-minute amendments to its contentious gun control legislation.See the Story
Marco Rubio

67% Left coverage: 3 sources
Sen. Marco Rubio (R-Fla.) was put on the defensive over his stance on guns and abortion rights in a fiery debate with challenger Rep. Val Demings. The front-running former GOP presidential candidate struggled to explain his flip-flop on raising to 21 the minimum age to buy deadly assault weapons and his opposition to abortion without any exceptions like for rape or incest.See the Story
US & Canada

66% Center coverage: 6 sources
More than 45,000 people were killed by guns in the U.S. last year, an increase of 43% from the previous decade. Gun violence is a clear and present danger to the lives of Americans. Candidates should campaign on a gun-safety agenda, says Dolan.See the Story

How is the media covering Gun Control?