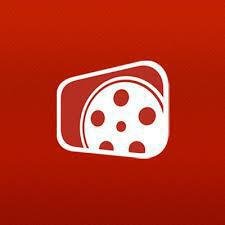 How credible is the news from First Showing?
Unknown
by Ad Fontes Media and Media Bias/Fact Check
Learn more about Factuality Ratings.

48% Left coverage: 108 sources
The trailer for Harry and Meghan's new documentary series has been released. See the Story
US & Canada · Los Angeles

53% Center coverage: 56 sources
The first trailer for Guardians of the Galaxy Volume 3 has finally been released publicly. The first teaser for the Marvel Phase 5 movie packs plenty into its 90-second runtime. The film will pick up events after the group's Holiday Special, which was released on Disney Plus as part of MCU Phase 4.See the Story
US & Canada · Los Angeles

45% Left coverage: 53 sources
The first trailer has been released for the new Indiana Jones movie - with the title now revealed as The Dial Of Destiny. Harrison Ford is back at age 80 as the famous whip-cracking archaeologist, more than 40 years after first playing the character.See the Story

The Woman King is based on a true story of African female warriors from the XVII-XIX centuries in the Kingdom of Dahomey. The film conveys a poignant message of anti-slavery, anti-racism, and equal human rights. The interactions of the duos Nanisca (Viola Davis) and Amenza (Sheila Atim), Nawi, and Izogie (Lashana Lynch) are incredibly captivating.See the Story
Movies & TV

Last Resort follows a former special forces soldier who becomes a one-man army when his wife and daughter are taken hostage during a bank robbery. It's a bit like John Wick but with a bank heist, and oddly some chemical weapon that he must also prevent from leaking while saving his family. Jon Foo (aka Jonathan Patrick Foo from Extraction, The Outsider, "Rush Hour" series) stars with Clayton Norcross, Julaluck Ismalone, Armin Parvin, and Angelina Is malone.See the Story
Movies & TV

The Asylum is known for making incredibly cheap, hilariously bad knock offs of major Hollywood blockbusters. This time they're riffing on James Cameron's Avatar movies with this one, which uses the "Pandora" planet and lots of blue-tinged footage. Starring Tom Sizemore, Kristos Andrews, and Mark Andrew Riketson.See the Story
Movies & TV

After the success of 2021’s “Bergman Island,” it should be abundantly clear that when Mia Hansen-Løve releases a new relationship drama, cinephiles should take note. The auteur is returning to familiar territory with her latest work, the Léa Seydoux-led infidelity story “One Fine Morning,” which was a hit at the Cannes Film Festival and has now released a trailer ahead of its theatrical run. According to the film’s official synopsis, Sandra (Léa…See the Story
Movies & TV · Cannes

Broker is the latest film from acclaimed Japanese filmmaker Hirokazu Kore-eda. The film is about a group of Koreans who collect babies left inside of Baby Boxes, and then (illegally) find adoptees for them. The cast features Song Kang-Ho with Gang Dong-Won, Bae Doona, IU, and Lee Joo-Young. This first premiered at the 2022 Cannes Film Festival earlier this year playing in the Main Competition.See the Story
Chris Pratt

56% Center coverage: 39 sources
The second trailer for "The Super Mario Bros. Movie" was released on Tuesday. The movie stars Chris Pratt as the famous mustachioed plumber. The first teaser was released in early October during a Nintendo Direct Presentation. The film is slated to arrive in theaters on April 7, 2023.See the Story
Movies & TV

See trailer for ‘When You Finish Saving the World,’ directorial debut from N.J.’s Jesse Eisenberg

75% Left coverage: 4 sources
Jesse Eisenberg is a Queens native who grew up in East Brunswick. He received an Oscar nomination for playing Facebook founder Mark Zuckerberg in the 2010 movie The Social Network. The film is an adaptation of Eisenberg's 2020 audiobook, "When You Finish Saving the World"See the Story

Topics Most Covered by First Showing

MovieWeb
Suggest a source
Looking for a source we don't already have? Suggest one here.