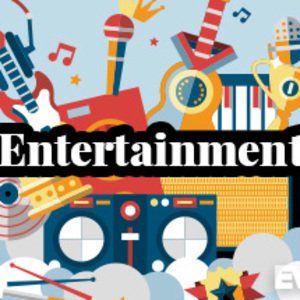 Top searches on Google for 2022

54% Center coverage: 80 sources
Wordle was the most-searched term on Google search in 2022, both in the United States and across the world, according to the Google Trends Year in Search roundup. The game beat out terms like “Election results” and “Jeffrey Dahmer” in the United States (the second- and tenth-most popular terms, respectively) and “Ukraine” and “Queen Elizabeth” globally (third and fourth).See the Story
Entertainment · Los Angeles

Coroner: Anne Heche had no illegal drugs in her system at time of crash

42% Left coverage: 45 sources
There were no active drugs found in actress Anne Heche’s system at the time of her car crash in August, according to a Los Angeles County Medical Examiner-Coroner report released Tuesday.See the Story
Europe · London

75% Right coverage: 16 sources
Rod Stewart has revealed his son Aiden, 11, was rushed to hospital after collapsing at a football match.See the Story

Returning CEO Iger wants Disney to stay away from cultural issues, ‘have respect’ for audience

Left46%
Center36%
Right18%
Blindspot
Get the weekly Blindspot report sent to your inbox and stay up to date with your bias blindspot.

Coverage: 2 sources
Oleksandr Tkachenko said over 800 cases of destruction of Ukrainian culture have been recorded by its ministry of culture and information policy since Russia's invasion of its neighbour began on February 24. Culture minister said: 'We're not talking about cancelling Tchaikovsky, but rather about pausing performances of his works until Russia ceases its bloody invasion'See the Story
Entertainment · United States

After World Cup, US men recede to background for 3 1/2 years

67% Center coverage: 6 sources
The U.S. team averaged 2.45 million during the World Cup on Telemundo, double its 1.02 million average for 40 matches during the three years ahead of the tournament. American games have been aired on an alphabet soup of networks with start times ranging from 8 a.m. to 10 p.m., from California to Europe.See the Story
Europe · London

67% Right coverage: 3 sources
Meghan said Archetypes had picked up the top podcast honour at the People's Choice Awards in Los Angeles, California, on Tuesday night. It comes just hours before the launch of the couple's Netflix show, which is due to begin streaming on Thursday. The couple also received the Ripple of Hope Award at a gala by the Robert F Kennedy Human Rights organisation.See the Story
Entertainment

Magician KS Ramesh who trained Amitabh Bachchan on Jaadugar: He got so fluent with the magic that he would perform tricks at parties

100% Right coverage: 1 sources
KS Ramesh was the man who played a magician and Amala’s father in Kamal Haasan’s cult classic Pushpak. He has been working in the film industry for 40 years. He's dabbled with jobs of being a filmmaker, actor, as well as a professional magician. Speaking to ETimes, Ramesh revealed how he got signed on for Amitabh Bachchan’s Jaadugar in 1989.See the Story
US & Canada · Los Angeles

Coverage: 5 sources
Former Girls Aloud star will join Hugo Chegwin, Louise Ford and Scott Karim. She will take over from TV presenter Laura Whitmore for a 14-week run. Cheryl will play Jenny in the supernatural thriller 2:22 A Ghost Story. The play is in its fifth season and moving to the Lyric Theatre.See the Story
US & Canada · Los Angeles

100% Right coverage: 1 sources
Movie star Charlize Theron admitted in a recent interview that she'd give up acting for her children if she ever needed to. See the Story
Entertainment

Coverage: 2 sources
Showtime has confirmed that Season 2 of Yellowjackets will premiere on March 24, 2023 on the Showtime app and On Demand. The second season will then premiere on the network on March 26. Season 1 stars Melanie Lynskey, Juliette Lewis, Christina Ricci, and Tawny Cypress are all returning for Season 2. Lauren Ambrose, Simone Kessell, and Elijah Wood will also return.See the Story
Entertainment

75% Left coverage: 4 sources
Lana Del Rey's new album, Did You Know That There's A Tunnel Under Ocean Blvd, will arrive March 10. The alt-pop star also dropped its title track on Wednesday. The album is available now for pre-order on the singer-songwriter's website.See the Story

How is the media covering Entertainment?