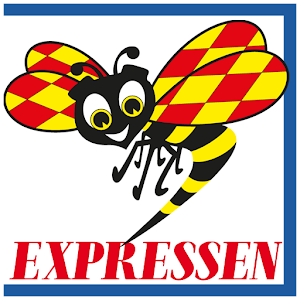 How credible is the news from Expressen?
Mixed
by Ad Fontes Media and Media Bias/Fact Check
Learn more about Factuality Ratings.

36% Center coverage: 138 sources
hirteen people were missing on the Italian holiday island of Ischia after a landslide caused by heavy rain engulfed some buildings, the Ansa news agency reported on Saturday, citing the local police.See the Story
Protestors · Tehran

36% Left coverage: 133 sources
Iran's morality police, which is tasked with enforcing the country's Islamic dress code, is being disbanded, the country's attorney general says. Mohammad Jafar Montazeri's comments, yet to be confirmed by other agencies, were made at an event on Sunday.See the Story
Europe · Brussels

38% Center coverage: 110 sources
European Union countries agreed on Friday to cap the maritime trade of Russian oil at $60 per barrel, building upon an initiative by the Group of Seven (G7) to further weaken the Kremlin's ability to wage war on Ukraine. See the Story

100% Right coverage: 1 sources
Close to six in 10 Swedes, 57 per cent, think the government is doing a poor job. It shows the Express's new measurement from Sifo. And the discontent is rife even among the voters who voted for the new government.See the Story

100% Right coverage: 1 sources
The 4-year-old climbed over the fence and escaped from preschool. Then the boy drowned in a swimming pool. Now three people are being charged on suspicion of inflicting to another's death.See the Story
US & Canada · Palm Beach

40% Center coverage: 292 sources
Former President Donald Trump announced Tuesday night that he was running for president in 2024. “We are a nation in decline. We are a failing nation for millions of Americans,” Trump said in a speech at his Florida private club, speaking about President Joe Biden’s first two years running the nation. “I will ensure Joe Biden does not receive four more years.”See the Story
Europe · Tehran

Sweden indicts two men for spying on behalf of Russia

Woman dead and another injured in Dagenham double stabbing

Coverage: 8 sources
One woman has been killed and another injured in a stabbing in east London. The pair were attacked at a house in Auriel Avenue, Dagenham, on Sunday evening in what police called "a truly shocking incident".See the Story
US & Canada · New York

51% Center coverage: 180 sources
Steve Bannon, the former White House adviser to Donald Trump, has been sentenced to four months in prison. He had been convicted of defying a subpoena to appear before a congressional committee investigating the 6 January 2021 assault on the US Capitol.See the Story
Europe · Paris

67% Center coverage: 9 sources
Europe faces a higher-than-usual chance of a cold blast of weather before the end of the year. But the winter overall is likely to be warmer than average, the continent's long-range weather forecaster says. Temperatures this winter will be crucial for homeowners worried about the record cost of heating their homes.See the Story

Topics Most Covered by Expressen

BBC News
Suggest a source
Looking for a source we don't already have? Suggest one here.