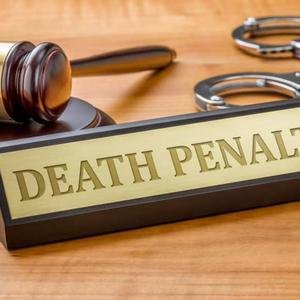 Missouri prepares to execute man for killing officer in 2005

68% Center coverage: 35 sources
A Missouri inmate convicted of ambushing and killing a St. Louis area police officer he blamed in the death of his younger brother was scheduled to be executed Tuesday, barring a last-minute intervention.See the Story
Middle East · Iran

40% Left coverage: 15 sources
Iran's judiciary upheld the death sentence for four people on Wednesday. They are sentenced 'for the crime of cooperating with the intelligence services of the Zionist regime' Iran has long blamed its arch-nemesis Israel for carrying out covert operations on its soil. Tehran accuses Israeli and Western agents of plotting a civil war amid nationwide demonstrations.See the Story
Asia · Tokyo

42% Right coverage: 12 sources
Three death row prisoners have filed a lawsuit against the Japanese government, arguing that execution by hanging is cruel and should be abolished, their lawyer said.See the Story

Left58%
Center26%
Right16%
Blindspot
Get the weekly Blindspot report sent to your inbox and stay up to date with your bias blindspot.

100% Right coverage: 1 sources
Molavi Abdolhamid is a powerful dissenting Sunni voice in the Shi'ite-ruled Islamic Republic. He said it was wrong for the hardline judiciary to charge protesters with "moharebeh" - an Islamic term meaning warring against God. The United Nations says more than 300 people have been killed in protests.See the Story
Death Penalty · Iran

Minors in Iran could face death penalty on protest-related charges

100% Left coverage: 1 sources
Three teenagers are on trial in a Tehran suburb with a dozen others on charges of killing a police officer. Prosecutors with the Revolutionary Court system have also accused the defendants of corruption on earth. Rights groups say there is little expectation of a fair trial. Iran ranks among the top countries for executions, including executions of children.See the Story
Death Penalty · Saudi Arabia

A group of United Nations experts has called on Saudi Arabia to abolish the death penalty for...See the Story
Death Penalty · Columbus

100% Center coverage: 1 sources
The death sentence of a man who said he was "tricked" into having a child and ended up stabbing the mother and child to death was upheld following an Ohio Supreme Court decision.See the Story
Death Penalty · Jacksonville

100% Center coverage: 1 sources
Because the jurors could not come to a unanimous decision, Eric Lamar Jackson, who was convicted of murdering his girlfriend in 2018 in Jacksonville, was sentenced Friday to life in prison without the possibility of parole.See the Story
Asia · Singapore

100% Right coverage: 1 sources
The majority of the five-judge panel said the accused's mental disorders impaired his ability to control his actions. Read more at straitstimes.com.See the Story
Asia

57% Left coverage: 7 sources
Supreme Court acquits three men sentenced to death on charges of abduction, gangrape and murder of a 19-year-old woman in Delhi in 2012. Court says lack of clinching evidence and glaring lapses in the trial leaves the court no other alternative but to let them go free.See the Story

How is the media covering Death Penalty?