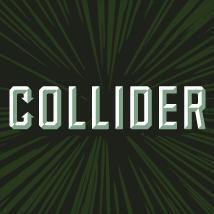 How credible is the news from Collider?
Unknown
by Ad Fontes Media and Media Bias/Fact Check
Learn more about Factuality Ratings.

56% Center coverage: 39 sources
The second trailer for "The Super Mario Bros. Movie" was released on Tuesday. The movie stars Chris Pratt as the famous mustachioed plumber. The first teaser was released in early October during a Nintendo Direct Presentation. The film is slated to arrive in theaters on April 7, 2023.See the Story
Twitter

64% Left coverage: 11 sources
Mandalorian season 3 will bring Mando and Grogu back to Disney Plus on March 1, 2023. Star Wars fan don't have to wait until March for their dose of a galaxy far, far away on Disney Plus. CGI animated series The Bad Batch returns for a second season on Jan. 4,2023.See the Story
Twitter · Los Angeles

Coverage: 11 sources
Carrey joins a raft of celebrities who have quit the platform since Elon Musk officially took control on October 28.See the Story

10 Movies and TV Shows That Portray Mental Health With Accuracy

As efforts are made to decrease stigma, it makes sense that popular culture does a better job of reflecting reality.See the Story
Paul Rudd

Paul Rudd on How Scott Lang Has Changed in Ant-Man and the Wasp: Quantumania

The Marvel Studios panel at CCXP 2022 featured a special look at Ant-Man and the Wasp: Quantumania. Paul Rudd was also on hand, and he discussed all of the changes that take place for Scott Lang by the time audiences get to see Ant- man 3. The film finds the Ant-man Family of Scott Lang (Paul Rudd) sucked into the Quantum Realm.See the Story
Movies & TV

'I Think You Should Leave' Season 3 Begins Filming

Filming for season three of I Think You Should Leave with Tim Robinson has officially begun.See the Story
Jennifer Garner

100% Left coverage: 3 sources
Ed Helms is joining Jennifer Garner in Netflix's Family Leave. The comedy is based on Amy Krouse Rosenthal's book Bedtime For Mommy. McG is set to direct from a script by Adam Sztykiel (Black Adam) Helms was recently seen in Peacock series Rutherford Falls.See the Story
Netflix

100% Left coverage: 2 sources
Netflix has landed feature rights to Seesaw Monster. Olivia Milch will adapt the screenplay. Oscar winner Anna Hathaway and Oscar nominee Salma Hayek Pinault are attached to star. The film is described as an action-comedy two-hander that will have Hathaway playing rivals.See the Story
Entertainment

64% Left coverage: 11 sources
Lin-Manuel Miranda will guest-star as Hermes in Percy Jackson and the Olympians. The actor currently plays Lee Scoresby in HBO's His Dark Materials. The series is based on Rick Riordan's best-selling book series. It stars Walker Scobell as Percy Jackson, Leah Sava Jeffries as Annabeth Chase.See the Story
Gaming

Gears of War Film, Animated Series in the Works at Netflix

67% Left coverage: 3 sources
Netflix says it's working on a Gears of War movie and an adult animated series. The streaming service didn't provide a date on when the film or series will come to the streaming platform. There have been multiple attempts to adapt the game franchise into a film since 2007, including an attempt in 2016.See the Story
Jordan Peele

Daniel Kaluuya joins 'Spider-Man: Across the Spider-Verse' as Spider-Punk

90% Left coverage: 10 sources
English actor Daniel Kaluuya has joined the cast of the upcoming superhero movie 'Spider-Man: Across the Spider-Verse', as per The Hollywood Reporter. The actor, best known for movies like 'Get Out' and 'Judas and the Black Messiah', will don the role of Spider-Punk, an alternate, punk-rock-inspired version of Spidey who fights for the downtrodden against the forces of Norman Osborn. His real name is Hobart Brown. He is a fairly new version of S…See the Story

Topics Most Covered by Collider

The Hollywood Reporter
Suggest a source
Looking for a source we don't already have? Suggest one here.