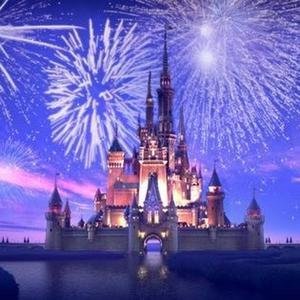 We Got This Covered
Unknown
Suggest a source

53% Center coverage: 56 sources
The first trailer for Guardians of the Galaxy Volume 3 has finally been released publicly. The first teaser for the Marvel Phase 5 movie packs plenty into its 90-second runtime. The film will pick up events after the group's Holiday Special, which was released on Disney Plus as part of MCU Phase 4.See the Story
US & Canada · Los Angeles

45% Left coverage: 53 sources
The first trailer has been released for the new Indiana Jones movie - with the title now revealed as The Dial Of Destiny. Harrison Ford is back at age 80 as the famous whip-cracking archaeologist, more than 40 years after first playing the character.See the Story
Business · Florida

Disney World's Splash Mountain Closes Next Month, Makeover Due in 2024

48% Center coverage: 19 sources
After three decades, Splash Mountain at Magic Kingdom will close on Jan. 23, USA Today reported. The ride’s last day of operation is Jan. 22. The announcement comes more than a year after Disney Parks released a first look at the revamped Splash Mountain ride, which will have a theme tied to the film “The Princess and the Frog,” the Deseret News previously reported.See the Story

'She's like me': Videos of black girls reacting to The Little Mermaid trailer go viral

Left58%
Center36%
Right6%
Blindspot
Get the weekly Blindspot report sent to your inbox and stay up to date with your bias blindspot.

5 Disney songs inspired me to become a world traveler. I've now been to 79 countries on all 7 continents.

100% Left coverage: 1 sources
Lola M�ndez has been to 79 countries and can trace her passion for travel back to classic Disney movies and songs. "Arabian Nights" inspired her to visit Morocco. "A Whole New World" made her want to go on a safari in Rwanda. "Circle of Life" reminded her that there's more to see than can be seen.See the Story
Disney · Edinburgh

100% Center coverage: 1 sources
St Vincent Street, in Glasgow city centre, can be seen in the trailer for the blockbuster. The street was decked out in US flags as filming for Indiana Jones And The Dial Of Destiny took place over the summer of 2021. The film comes more than 40 years after Harrison Ford first played the title role in Raiders Of The Lost Ark in 1981.See the Story
Tech

100% Center coverage: 1 sources
Disney's Face Re-aging Network is "the first practical, fully automatic and production-ready method for re-aging faces" The software generates thousands of artificial faces to more accurately predict the changing appearance of the human face over long periods of time. By our eyes, at least, FRAN's results are an improvement over almost all of the de-aging effects we've seen used in movies over the past few years.See the Story
Disney

Disney has bought a cruise liner, formerly known as Global Dream, from the bankrupt German shipyard MV Werften, DPA reported. The entertainment giant indicated that the ship will be given a new name and will be partially redesigned according to the Disney concept. Construction will be completed at the Wismar shipyard, formerly owned by Em […]See the Story
Disney

100% Right coverage: 1 sources
A HOLIDAY to Disneyland is incredibly exciting but also extremely expensive. A travel expert has revealed the best budget-friendly dates to visit a Disneyland Park to save some money after Disney World upped its prices for the first time in three years. AlamyCheaper tickets are available in January, early May and September[/caption] Travel in the low months According to Insider, travel agent Lauren King explained that Disney offers cheaper tick…See the Story
Disney · Hull

Inside Princes Quay's Disney store where 'lifelong memories' were made

100% Right coverage: 1 sources
These unearthed pictures will transport you back to a magical time at the Princes Quay outletSee the Story
Entertainment

Margot Robbie’s ‘Pirates of the Caribbean’ Film Not Entirely Dead, Says Jerry Bruckheimer: ‘The Script Will Come Forward’ at Some Point

100% Left coverage: 2 sources
Margot Robbie claimed last month that Disney did not want to make her female-led Pirates of the Caribbean movie. Franchise producer Jerry Bruckheimer told Collider that Robbie's project isn't being prioritized at the moment. Robbie was Vanity Fair's cover star last month and told the publication, �We had an idea ... ages ago"See the Story
Business · Florida

Coverage: 5 sources
A resolution to the politically charged conflict that developed this year between the state of Florida and the Walt Disney Company may reportedly be in the works.See the Story

We Got This Covered
Unknown
Suggest a source
Looking for a source we don't already have? Suggest one here.

How is the media covering Disney?