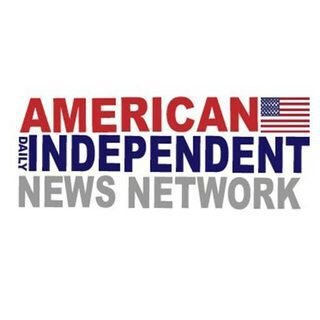 How credible is the news from Arizona Daily Independent?
Mixed
by Ad Fontes Media and Media Bias/Fact Check
Learn more about Factuality Ratings.

38% Left coverage: 24 sources
A state judge on Thursday ordered the Cochise County, Ariz., Board of Supervisors to certify the county’s vote canvass after two GOP members refused to do so over an unfounded conspiracy about vote machine certification.See the Story

64% Center coverage: 11 sources
Phoenix police are investigating a shooting that occurred near 17000 N. Cave Creek Road. One man was found with gunshot wounds and later died. A man matching the description of the shooter was taken into custody on scene. Eduardo Quintero was booked into jail on multiple charges, including murder.See the Story
Referendum

57% Center coverage: 7 sources
The $2.1-billion project would include a 16,000-seat arena, practice rink, 1,600 apartments, two hotels and a theater. Approval of the project was the final step before it goes to referendum on May 16. The Coyotes have been searching for a permanent home since the city of Glendale pulled out of a multimillion-dollar lease at Gila River Arena.See the Story

Left42%
Center41%
Right17%
Blindspot
Get the weekly Blindspot report sent to your inbox and stay up to date with your bias blindspot.

100% Right coverage: 1 sources
On Thursday, the body of a man who was believed to be set on fire was found near downtown Phoenix. According to the Phoenix Police Department, officers saw smoke from a fire near 9th Avenue and Buchanan Street at about 3 p.m. and found the badly burned body nearby. Fire personnel pronounced the man dead...See the Story
Kyrsten Sinema · Arizona

100% Right coverage: 1 sources
On Friday, Congressman Andy Biggs led members of the Arizona Congressional Delegation in sending a letter to the U.S. Departments of State and Interior, and the U.S. Bureau of Reclamation to request that the United States use all available diplomatic tools to ensure Mexican government representatives are engaged in discussions with the State of Arizona...See the Story
Arizona · Arizona

100% Right coverage: 1 sources
By Tori Gantz Most members of Arizona’s congressional delegation joined the rest of the House Wednesday to give overwhelming bipartisan approval to a bill that would head off a national rail strike by imposing contract terms on rail workers’ unions. But the delegation – and the House – split on party lines on a second...See the Story
NFL · Tucson

Inside The NFL’s Reach In Mexico

100% Right coverage: 1 sources
By Derrian Carter MEXICO CITY – Viva la NFL! More than 48 million NFL fans reside in Mexico, and some of them descended upon Pinche Gringo BBQ Warehouse in Mexico City on a cloudy Sunday afternoon. The San Francisco 49ers rented out the American restaurant for three days, which served as the team’s official fan headquarters,...See the Story
Tucson · Tucson

100% Right coverage: 1 sources
By Danny Karmin TEMPE – To succeed in a physically demanding sport like hockey, a player needs to own a competitive edge. For Arizona State’s Demetrios Koumontzis, competitiveness wasn’t really optional. Koumontzis, a 22-year-old graduate forward for the Sun Devils, is the second-youngest of six brothers – separated by a total of nine years. Nikos, the...See the Story
US & Canada · Maricopa County

50% Left coverage: 6 sources
The incident originally took place on October 27 near 16th Street and Greenway Parkway. Police say there was an argument between people inside two separate vehicles. One of the men stabbed the other several times and then drove away. The man who was stabbed grabbed a gun and fired at the vehicle as it was driving away.See the Story
Suns

Coverage: 2 sources
Jae Crowder hasn't played in an NBA game since May 15. The veteran forward and the Suns mutually agreed he wouldn't attend training camp as they've been trying to trade him. Jones also talks about Crowder's situation and the play of Devin Booker, Deandre Ayton and Damion Lee.See the Story

KPNX
Suggest a source
Looking for a source we don't already have? Suggest one here.