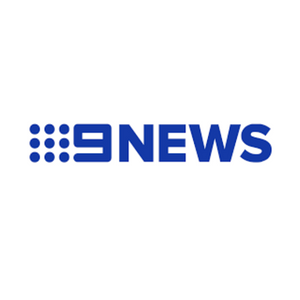 How credible is the news from 9News?
High
by Ad Fontes Media and Media Bias/Fact Check
Learn more about Factuality Ratings.

50% Center coverage: 295 sources
Kirstie Alley is dead. The famed actress was 71. Her family announced the news Monday evening with a statement shared via her social media accounts, saying she “passed away after a battle with cancer, only recently discovered.”See the Story
Animals · Crystal River

41% Center coverage: 51 sources
A serial slayer known as the “Torso Killer” already convicted of 11 homicides admitted on Monday that he also killed five women on Long Island in the late ’60s and early ’70s. See the Story

Left40%
Center57%
Right3%
Blindspot
Get the weekly Blindspot report sent to your inbox and stay up to date with your bias blindspot.

What will the weather on Christmas Day be like?

100% Right coverage: 1 sources
Early forecasts predict southeastern states will experience a cooler-than-average day. Temperatures in the top end and south of Australia are predicted to be vastly different on Christmas Day. Weatherzone meteorologist Brett Dutschke said Sydney will see warming temperatures in the days prior to Christmas Day but on the day and Boxing Day, the mercury will drop.See the Story
Oceania · Australia

Perth mother claims she has been living with mould for years

Coverage: 2 sources
Madeline Gregory has been living in her Marangaroo public home for four years. The single mum said the conditions are so bad it has impacted her family's health. The Department of Communities said there was no evidence her ceilings were afflicted by mould but it would carry out some maintenance on the home.See the Story
Oceania · Australia

100% Right coverage: 3 sources
There’s been a good twist in the search for two young boys, aged three and eight, who went missing.See the Story
Inflation · Australia

Could inflation be the Grinch that steals Christmas?

100% Right coverage: 2 sources
Inflation could be the Grinch that stole Christmas this year, with the Reserve Bank of Australia (RBA) announcing an eighth-straight interest rate rise.See the Story
Crime · Moscow

Coverage: 7 sources
The Moscow, Idaho, Police Department released a statement on Monday discussing the potential stalking and killing incident that occurred last month in the city when four students at the University of Idaho were found dead at a house on Nov. 13 after returning from different locations that day. See the Story
Australia · Australia

Summer of traffic pain: A guide to train and road delays in Melbourne

100% Right coverage: 1 sources
The delays are due to the state government's big build project and planned maintenance on major roads and train lines. Four outbound lanes on the West Gate Bridge will close for 10 days between Boxing Day and January 4, as work ramps on upgrades. Three major train stations will be closed between January 2-15 as crews will work to upgrade smoke detection, extraction and sprinkler systems.See the Story
Sydney, Australia · Sydney

Coverage: 2 sources
Horrifying vision has been released by the County Court showing the moment a Melbourne father unleashed on police. Viewers are advised some people may find the footage distressing.See the Story

Coverage: 8 sources
A young woman has died of meningococcal disease in New South Wales. The woman, aged in her late teens, is the third person to die of the disease in NSW this year. There have been 29 cases overall so far in 2022. It is not known whether the woman attended the festival.See the Story

Topics Most Covered by 9News

ABC Australia
Suggest a source
Looking for a source we don't already have? Suggest one here.