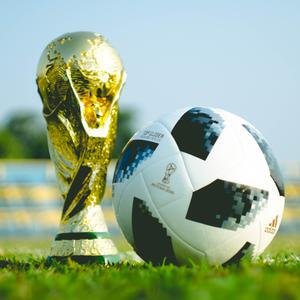 41% Right coverage: 27 sources
Samuel Eto'o, the former Cameroon striker and current president of the country's football federation, was involved in an altercation after Brazil's victory over South Korea on Monday, an American newspaper has reported.See the Story
Europe · Doha

Predicting the winner of the Spain vs Morocco match

50% Center coverage: 18 sources
Portugal take on Switzerland in their last-16 World Cup encounter. The match kicks off at 19:00 GMT on Tuesday, 6 December. The game will be shown live on ITV1 in the UK with coverage beginning at 18:15 GMT. Portugal have won nine times against Switzerland while losing 11 times with five draws. The 2022 World Cup could well be Cristiano Ronaldo's final major tournament.See the Story
Soccer · Brasília

Left56%
Center27%
Right17%
Blindspot
Get the weekly Blindspot report sent to your inbox and stay up to date with your bias blindspot.

100% Center coverage: 2 sources
Son Heung-min apologises to South Korean fans after World Cup exit. South Korea lost 4-1 to Brazil in last 16 in Qatar. Captain and talisman was powerless as Brazil scored four times in the first half. Paulo Bento announced he would not be staying on as coach.See the Story
World Cup · Spain

67% Left coverage: 6 sources
Morocco play Spain in the last 16 of the Qatar World Cup today. Spain finished second in their group despite thrashing Costa Rica and drawing with Germany, due to a shock loss to Japan. Morocco stunned Belgium and beat Canada after an opening draw with Croatia, topping their group to set up this tie. The winners will face Portugal or Switzerland in the quarter-finals.See the Story
World Cup · England

The highs and lows of Eddie Jones’ rollercoaster England tenure

Coverage: 2 sources
Eddie Jones has been sacked as England head coach. Rugby Football Union acted in response to a dismal autumn. England concluded their worst year since 2008 with six defeats, a draw and five wins. Jones was contracted until the end of next year's World Cup. He looks set to be replaced by his former number two Steve Borthwick.See the Story
World Cup · Japan

What's next for Japan after exit on penalties at World Cup?

50% Left coverage: 4 sources
Japan lost 3-1 to Croatia on penalty kicks after a 1-1 draw in regulation and extra time. Coach Hajime Moriyasu said for months that the Japan team's goal was to reach the quarterfinals for the first time. Japan has qualified for the Asian Cup, a tournament it has won four times.See the Story
World Cup · South Korea

Coverage: 2 sources
South Korea lost 4-1 to Brazil in the round of 16 of the World Cup. Coach Paulo Bento announced that he was stepping down to end his four-year stint. South Korea was appearing in its 10th straight World Cup, and its 11th overall. This was the third time South Korea has reached the knockout round.See the Story
Europe · Spain

100% Left coverage: 1 sources
Muslim leaders in Spain call for calm ahead of Tuesday's crunch World Cup decider between Spain and Morocco. Police reinforcements have been increased in Madrid and other parts of Spain ahead of the match in case of trouble. There is concern that far-right groups like Vox, which is third largest political force with 52 lawmakers in parliament, may stir up trouble.See the Story
Neymar · Qatar

Coverage: 2 sources
Neymar scores a first-half penalty in Brazil's 4-1 win over South Korea in the round of 16. He reached 76 goals with the national team, one shy of the mark set by Pel�. Neymar was forced out of the 2014 World Cup in Brazil after getting hurt in the quarterfinals. Brazil will next play Croatia on Friday.See the Story
World Cup · Japan

100% Right coverage: 1 sources
[Yomiuri Shimbun] [Doha = Satoshi Hoshi] The Japanese national team, which was eliminated in the first round of the final tournament of the soccer FIFA World Cup (World Cup) Qatar tournament, disbanded the team on the 6th. All 26 players responded to coverage by the press, and captain DF Yoshida (Schalke) said “(as captain) one game one testSee the Story

How is the media covering World Cup?