News from The Algemeiner 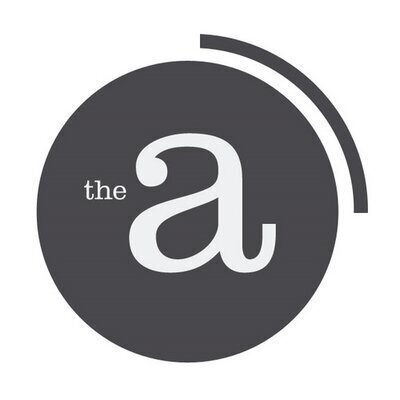 How credible is the news from The Algemeiner?
High
by Ad Fontes Media and Media Bias/Fact Check
Learn more about Factuality Ratings.

46% Center coverage: 231 sources
Elon Musk has suspended Kanye West's (aka Ye) Twitter account after the latter posted anti-semantic tweets and violated the platform's rules. West tweeted a picture of a Nazi Swastika merged with the Star of David. West has been the center of the news coverage since last night after appearing on Alex Jones' Infowars.See the Story
Business · Los Angeles

39% Left coverage: 78 sources
The parent company of social media platform Parler and American rapper Kanye West, who now goes by Ye, have agreed to terminate the intent of the sale of Parler, according to a statement from Parlement Technologies on Thursday. See the Story
Holocaust · Washington

Biden fires back at Holocaust denialism

59% Center coverage: 40 sources
President Biden on Friday issued an apparent repudiation of Ye, the rapper formerly known as Kanye West, who recently denied the Holocaust and has for weeks been making other antisemitic comments, as well as of “political leaders” who amplify such voices, a reference to former President Trump. See the Story

Left56%
Center30%
Right14%
Blindspot
Get the weekly Blindspot report sent to your inbox and stay up to date with your bias blindspot.

50% Center coverage: 4 sources
The five boroughs had 45 antisemitic crimes in November compared to 20 in November 2021, according to newly released NYPD statistics. The 125% jump came the same month two men were busted for plotting to shoot up a city synagogue. Meanwhile, the artist formerly known as Kanye West has unleashed a steady stream of antisemitism and Hitler-praising remarks online.See the Story
Hate Crime

67% Center coverage: 3 sources
The NYPD says it happened on the sidewalk on Victory Blvd. in the Castleton Corners area. The 32-year-old man was hit twice in the chest and the boy, 7, was hit in the ear. They were treated at the scene and didn't need to go to the hospital.See the Story
Israel · Israel

34% Center coverage: 6 sources
Police say the suspect entered Israel illegally and stole a car before driving toward the airport. The vehicle approached the checkpoint at a high rate of speed before ramming into it and then driving on the wrong side of the road. The suspect was slightly wounded in the incident and was arrested and taken for questioning.See the Story

100% Right coverage: 1 sources
Nabil Nassar, the Secretary of the Fatah Movement in Canada, and Nazih Khatatba, publisher of the antisemitic, Holocaust denying Meshwar Media publication, attended the event hosted by Liberal MP Salma Zahid. Nassar has repeatedly praised terrorists on social media, including a 2020 post expressing support for Ali Hassan Salameh, the mastermind behind the 1972 Munich Olympics massacre.See the Story

100% Right coverage: 1 sources
George Washington University held a disciplinary hearing on Friday to determine whether its Students for Justice for Palestine (SJP) chapter violated the university's code of conduct. The group is facing probation for extensively damaging the GW Hillel building, which was renovated in 2021, while protesting an event featuring former Israeli intelligence official Doron Tenne on October 11. An estimated $1,200-$4,500 in damages was caused by SJP's using an adhesive created when starch or wheat flour is mixed with water, to plaster anti-Israel posters on benches around the building's perimeter.See the Story
Kanye West · North Charleston

For Kanye West, a Jew Is a Jew — Let’s Embrace It and Fight Back

100% Right coverage: 1 sources
Rapper Kanye West has taken to blaming the Jews for the shortcomings in his life. Last week, he took it a step further, claiming Hitler wasn't such a bad guy and had great qualities. The New York Times actually itself flirts with antisemitic tropes in the course of...See the Story

Antisemitism Is on the March

100% Right coverage: 1 sources
In the past few weeks, Jews around the world have been subjected to a significant amount of antisemitism in the form of violence and vitriol. Jews must understand how each movement is interconnected, and how we can combat each one. Jews need to focus on three areas to effectively understand and counter the current rise inantisemitism.See the Story
Education

34% Center coverage: 3 sources
Outgoing PM Lapid announced the launch of a hotline for parents. More than 170 school principals asked Netanyahu to reverse his decision to transfer educational powers to far-right Noam party chairman Avi Maoz. Maoz is known for his homophobic views. Lapid called on parents to oppose the "extreme and dangerous content"See the Story

Topics Most Covered by The Algemeiner

Al Arabiya
Suggest a source
Looking for a source we don't already have? Suggest one here.