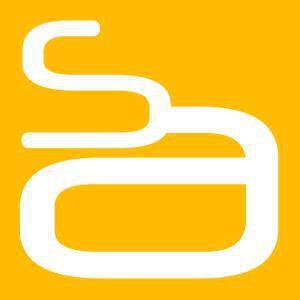 How credible is the news from Science Alert?
High
by Ad Fontes Media and Media Bias/Fact Check
Learn more about Factuality Ratings.

44% Left coverage: 16 sources
New evidence from a study in the United States links healthy plant-based diets with a lower risk of colorectal cancer — but only in men.See the Story
Business · Tucson

46% Center coverage: 13 sources
Previous research suggested an asteroid or comet impact within an ocean in the Martian northern lowlands may have caused a mega-tsunami approximately 3.4 billion years ago. Researchers at the Planetary Science Institute, Tucson, America, analysed maps of the red planet's surface, created by combining images from previous missions to the planet. They identified an impact crater that could have caused the giant wave.See the Story
Middle East · Cairo

Mysterious Tendrils Inside The Brain May Control Our Perception of Time

100% Center coverage: 1 sources
Tiny antenna-like organelles once thought to be holdovers from our ancient past appear to play a crucial role in keeping track of time, according to a recent study on mice by researchers from the University of California, Irvine (UCI), in the US.See the Story
Science

We May Finally Know How Lightning Gets Its Zigzag Shape

100% Center coverage: 1 sources
Everyone has seen lightning and marveled at its power.See the Story
Science

Ant Babies Ooze a Weird Kind of 'Milk', And The Whole Colony Slurps It Down

100% Center coverage: 1 sources
Ant pupae secrete a nutrient-filled 'milk' during a specific phase in their development. The whole colony partakes, from the newest hatchlings to adults. If newborn larvae did not receive the fluid in the first few days of life, they were more likely to die.See the Story
Science

100% Center coverage: 1 sources
The amount of oxygen in the Earth's atmosphere makes it a habitable planet. But in the deep past, as far back as the Neoarchean era 2.8 to 2.5 billion years ago, this oxygen was almost absent. Our research adds a tantalizing new possibility: that at least some of the. Earth's early oxygen came from a tectonic source via the movement and destruction of the Earth.'s crust.See the Story
Politics

60% Center coverage: 5 sources
Archeologists have rediscovered a pre-Hispanic fresco depicting mythological scenes in northern Peru that they had only seen in black and white photographs that were more than a century old.See the Story
Science · England

100% Center coverage: 1 sources
Westminster Abbey has served as a coronation, wedding, and burial site for the royalty of England and Britain for nearly a millennium. New research suggests that one such vanishing section was a grisly chapel dedicated to the royal cult of Saint Erasmus of Formia. The chapel was demolished in 1502, and very little trace of it remains.See the Story
International

New Alzheimer's drug hailed for results but comes with risks

75% Center coverage: 4 sources
Lecanemab slowed cognitive decline by 27 percent across an 18-month period. The results were broadly welcomed by researchers and campaigners for Alzheimer's. But the drug can have serious side effects, including brain bleeds and swelling. Longer trials will be needed to be sure the benefits of this treatment outweigh the risks, experts say.See the Story
Cocaine

100% Center coverage: 2 sources
Researchers from China's Kunming Institute of Botany have finally uncovered the last major steps of the biosynthetic process. Not only did they more or less map the biochemical pathway of cocaine's production, but the researchers also reconstructed the entire chain inside a humble tobacco plant for good measure.See the Story

Topics Most Covered by Science Alert

NDTV
Suggest a source
Looking for a source we don't already have? Suggest one here.