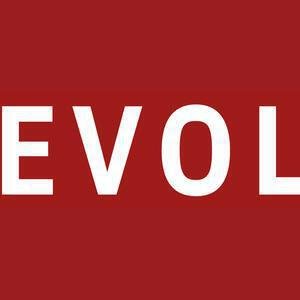 How credible is the news from REVOLT TV?
Mixed
by Ad Fontes Media and Media Bias/Fact Check
Learn more about Factuality Ratings.

Suspect Arrested in Killing of Takeoff, the Migos Rapper

58% Center coverage: 181 sources
The Houston Police said that Patrick Xavier Clark, 33, was being charged with murder in the killing of Takeoff at a party in Houston last month.See the Story
Gun Violence · Uvalde

69% Center coverage: 86 sources
Nearly three dozen survivors of the May massacre at Robb Elementary School in Uvalde, Texas, filed a class action suit against various law enforcement agencies on Tuesday. The lawsuit scorches law enforcement's response to the tragedy, arguing that agencies strayed from protocols. 19 children and two teachers were shot and killed in what became the second-deadliest school shooting in U.S. history.See the Story
Dallas Cowboys · Dallas

43% Center coverage: 48 sources
Los Angeles Lakers star forward LeBron James calls out the media for their lack of questions to him on his opinion on a recently surfaced photo of Dallas Cowboys owner Jerry Jones. See the Story

Left53%
Center36%
Right11%
Blindspot
Get the weekly Blindspot report sent to your inbox and stay up to date with your bias blindspot.

100% Left coverage: 6 sources
Keke Palmer and Angela Bassett reunited after 16 years. The two starred as mother and daughter in 2006's Akeelah and the Bee. Palmer did the impression of Bassett while appearing on The Queen Latifah Show in 2013. Bassett told Palmer she first saw her do the impression on Instagram.See the Story
Drake

100% Left coverage: 4 sources
Drake was originally set to perform at the iconic Harlem venue on Nov. 11. The concert will be the latest in a long series of special, intimate gigs presented by SiriusXM at the Apollo. At these shows, previously helmed by the likes of U2 and Lady Gaga, artists often play custom sets catered toward die-hard fans.See the Story
Harlem · Harlem

100% Left coverage: 2 sources
The brands created the collection with help from Harlem’s Fashion Row and Bronx-born artist/designer Shanel Campbell. You can check out the capsule here.See the Story

Metro Boomin returns with his latest 'Heroes and Villains' album

100% Left coverage: 1 sources
The 15-track sophomore project features fueled with heavy appearances from the likes of Future and Chris Brown. The early release date of the project had to be postponed due to sample clearance issues. The cover art perfectly goes with the hidden theme of YIN-YANG inside a single individual.See the Story
Entertainment

Coverage: 6 sources
Nia Long opened up about how her partner extra space Ime Udoka's suspension as head coach of the Boston Celtics has affected her and her children.See the Story
Bojangles

Desiigner teams up with Slim Jxmmi for "Kilo"

Topics Most Covered by REVOLT TV

LOVEBSCOTT
Suggest a source
Looking for a source we don't already have? Suggest one here.