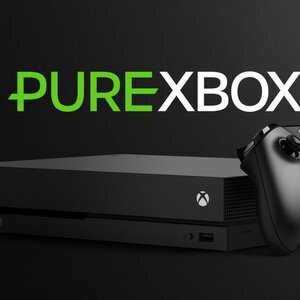 How credible is the news from Pure Xbox?
Unknown
by Ad Fontes Media and Media Bias/Fact Check
Learn more about Factuality Ratings.

42% Center coverage: 7 sources
Microsoft is likely to offer remedies to EU antitrust regulators in the coming weeks to stave off formal objections to its US$69-billion bid for Call of Duty maker Activision Blizzard, people familiar with the matter said.See the Story
Microsoft

67% Left coverage: 3 sources
Monster Hunter Rise is coming to all platforms in January 20, 2023. The game was previously only available on Nintendo Switch. Cross-save and cross-play is not planned for Xbox or PlayStation releases. 4K resolution and 60 FPS are supported on PS5 and Series X, along with 3D audio.See the Story
Microsoft

Coverage: 2 sources
Microsoft has revealed its first wave of Game Pass additions for December. The headliner is Lego Star Wars: The Skywalker Saga. You'll be able to play through all nine core films in the Star Wars franchise. The Walking Dead: The Final Season and charming indie 'Eastward' are available now.See the Story

Tom French has announced his departure from 343 Industries. He said he was stepping out of his Spartan armour to go on "new adventures" French started out his career in video games as a scripter at Interplay and programmer at Black Isle Studios. He then moved onto Pandemic Studios in 2004 and joined Xbox Game Studios Publishing as a design director in 2010.See the Story
Microsoft

Starting December 6 and running through December 12, you'll be able to play over 20 demos of upcoming unreleased games. These demos will only be up on the Xbox Dashboard for a week. Some might be re-published to the Demo channel later, but many will simply disappear at the end of the week.See the Story

Bandai Namco's free-to-play first-person shooter is available on Xbox One, Xbox Series X and Xbox Series S. The game is said to feature immersive controls and fast-paced action. It is focused around 6v6 battles in which "players take control of mobile suits"See the Story
Microsoft

Hot Wheels Unleashed no longer coming to Xbox Game Pass on December 15th. No reason has been given as to why Hot Wheel Unleashed will no longer join Game Pass. New games added to the service will be automatically added to your collection if you don't already own them, with the ownership status set to 'Xbox Game Pass'See the Story
Gaming

Review Roundup For The Callisto Protocol -- Here's What The Critics Think

The Callisto Protocol is a spiritual successor to Dead Space. The game is directed by one of the creators of Dead Space and is out on December 2nd. It currently sits at 75 on Metacritic for Xbox Series X and 76 for PlayStation 5, which is still a respectable score all things considered!See the Story

Battlefield 2042 hit Xbox Game Pass last month, coinciding with the game's third season of content. DICE has detailed some of what's arriving during Season 4, along with confirming Season 5 and the return of a classic Battlefield 4 map. With update 3.1 the team will be altering the 'Manifest' map bringing "a tighter playspace, improved visibility, cover and sightlines, and pathing between flags improved"See the Story

Need For Speed Unbound Impresses At Over 1080P, 60FPS On Xbox Series S

The game hits a solid 1296p and 60FPS on Xbox Series S. The Xbox Tester seems happy about it too, saying it "looks gorgeous" Need for Speed Unbound marks developer Criterion's first proper NFS title in a decade, with the team previously leading development on Need For Speed: Most Wanted way back in 2012.See the Story

Xbox Series X and Series S have their own issues at launch in terms of both visuals and performance. ray traced reflections are mysteriously missing where they're present on PS5. The premium Xbox console also suffers from some frame rate drops in quality mode. Striking Distance Studios has already delivered one patch addressing some performance issues.See the Story

Topics Most Covered by Pure Xbox

VGC
Suggest a source
Looking for a source we don't already have? Suggest one here.