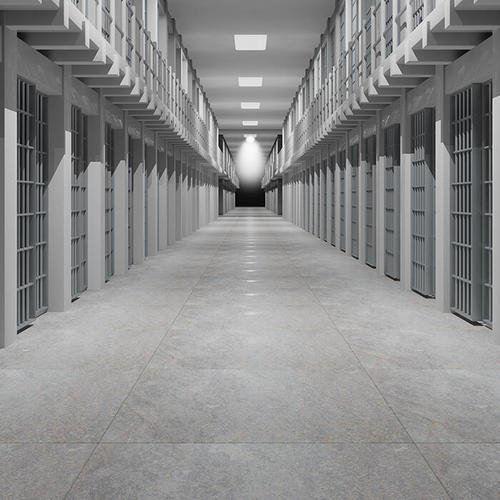 46% Left coverage: 28 sources
Indonesia's parliament is expected to pass a new criminal law this month that will punish sex outside marriage with imprisonment of up to a year.See the Story
Youtube · Macomb County

Officials alarmed after rap video is recorded in prison

62% Center coverage: 21 sources
A rap video titled “In Dis Cell” appears to be too authentic: It was made inside a Michigan prison, despite a ban on wireless phones.See the Story
Europe · Washington

Family concerned about whereabouts of Whelan, American jailed in Russia

39% Center coverage: 18 sources
The brother of Paul Whelan, an American jailed in Russia, said on Tuesday his family is concerned about his whereabouts after not hearing from him for days and unclear messages from the prison staff that he was moved to the prison hospital.See the Story

Left47%
Center41%
Right12%
Blindspot
Get the weekly Blindspot report sent to your inbox and stay up to date with your bias blindspot.

Favara, today the cardiologist's funeral while the murderer appeals against prison

It will be a city mourning today in Favara - as Mayor Antonio Palumbo decided - for the funeral of the cardiologist Gaetano Alaimo, killed with a gunshot...See the Story
ISIS · Seattle

100% Right coverage: 1 sources
The judge cited Williams’ “history of mental health difficulties,” as his reason for leniency.See the Story
Prison

Coverage: 2 sources
Sammy Kimmence was jailed in July 2021 for 3.5 years for scamming pensioners. The 26 year old has taken to Instagram to document his reunion with his son. In the snap, Sammy and little Santi looked adorable as they matched. Sammy and Dani dated prior to her stint on Love Island in 2018.See the Story
Health

Murillo Karam's health failed to get him out of prison

Arguments about the health of Jesús Murillo Karam did not convince the judge to release him from pre-trial detention.See the Story
Prison · Dartford

Sunny Reeve is wanted in connection to a recall to prison

He has links to Dartford. Anyone with information that can help locate him is asked to call Kent Police on 101 quoting Most Wanted and reference 46/164309/22See the Story
Politics

Georgia Man Gets 33 Months In Prison After Threatening To Kill President Biden, Blow Up White House

How is the media covering Prison?