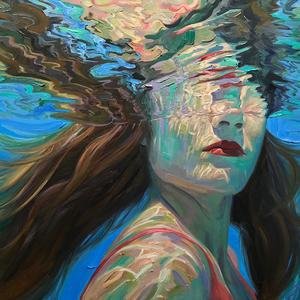 62% Left coverage: 21 sources
Aline Kominsky-Crumb, an American cartoonist known for her feminist themes and often brutally frank, highly personal and self-critical work, has died at the age of 74. See the Story
Europe · Berlin

34% Center coverage: 15 sources
A rare and remarkable self-portrait by the 20th-century German expressionist Max Beckmann has sold in Berlin for €20m (£17m), breaking the record for a work of art sold at auction in Germany. See the Story
Paintings

100% Center coverage: 8 sources
Van Gogh was used as a bait dog to train illegal fighting dogs. His ear had to be amputated, and he was given the name Van Gogh, after the artist who famously cut off his ear. In a fundraiser for the shelter, he had his first art gallery auction. The silent auction raised nearly $2,000.See the Story

Left63%
Center24%
Right13%
Blindspot
Get the weekly Blindspot report sent to your inbox and stay up to date with your bias blindspot.

100% Right coverage: 1 sources
Two Polish artists plan to bring back to life all 25 paintings that the French Impressionist once made in the Zaan region.See the Story
Paintings · Jacksonville

Hugh Henderson works in domestic porcelain and stoneware using hand-dug clay from near Alto Pass. Henderson: "I do pottery for my own satisfaction in a studio in my backyard, surrounded by the garden" Opening reception will be from 6 to 8 p.m. today at the gallery, with a gallery talk at 6:30 p. m.See the Story
Paintings

BTS member RM has been vocal about his admiration of Korean contemporary artist Yun Hyong Keun for a very long time. His reverence for the artist seems to have crossed over the medium of visual art to the extent of affecting his worldview. This influence is seen in abundance throughout the different aspects of his newly-released solo album.See the Story
Paintings

The event “Bravely Default 10th Anniversary Exhibition” of Square Enix's RPG “Bravely Default,” which is celebrating its 10th anniversary since its release in 2012, will be held from today. Let's report on the venue where more than 200 original drawings and commemorative illustrations created by designers Akihiko Yoshida and Naoki Ikushima are exhibited.See the Story
Paintings · Timmins

Art brings history to life at 'Honouring the Past'

Ted Hartley's latest work is an abstraction of the Battle of Kyiv, which began in late February 2022. Hartley was a Lieutenant Commander in the U.S. Navy, during which time he wasa fighter pilot, a congressional liaison for the Pentagon, and a White House aide during both the Eisenhower and Kennedy administrations. He started out in the 60s as a regular on the soap opera, Payton Place.See the Story
Paintings

Video: a tour of the impressive museum dedicated to Lionel Messi that a Qatari Sheikh set up in his house

Hundreds of autographed t-shirts, photos and paintings of Messi and even yerba mate.See the Story

Independent.ie
Lean Right
Suggest a source
Looking for a source we don't already have? Suggest one here.

How is the media covering Paintings?